New Delhi, Jan 14 (IANS) He has been tickling the funny bone for 20 years with his mindless, slapstick Hollywood comedies and black humour, but acting in 'Bedtime Stories' has inspired Adam Sandler to take on more family-friendly movies.

The actor says such movies will help him face his two children more comfortably.

'I am shooting a movie right now, 'Funny People', and when I come home at night, I feel so filthy. I can't look my kids in the eye. I hope they never see these other movies I make,' Sandler told IANS in an e-mail interview from Los Angeles, US.

'But when I was shooting 'Bedtime Stories', I'd come home at night, see my kids and feel like I am a good person. I wanted to make a movie that my children could watch someday and actually look me in the eye afterwards,' added the actor.

Always interested in comedy performances, Sandler has hit comedies like 'Happy Gilmore', 'The Wedding Singer' and 'Big Daddy' to his credit.

However, the actor has also done movies with unrestricted humour elements like '50 First Dates', 'The Hot Chicks', 'The Animal' and 'You Don't Mess With The Zohan' to name a few, which he thinks are not family friendly.

Now the actor is keen on doing more family-centric movies.

Talking about 'Bedtime Stories', he said: 'I am delighted to be in a movie that we will be able to play in the house and feel comfortable showing people of every age. I want to do more family-friendly movies now, as I feel good doing them. But, I know it's not going to be my way of life as I am a comedian.'

Directed by Adam Shankman, 'Bedtime Stories', released in the US Dec 25 last year, was at the number one slot on the opening weekend. It is releasing Jan 30 in India.

Starring Sandler in the lead, the Walt Disney Pictures film is an adventure comedy about Skeeter Bronson (Sandler), a hotel handyman whose life is changed forever when the bedtime stories he tells his niece and nephew start to mysteriously come true.

Throwing light on his character, Sandler explained: 'Skeeter Bronson is a hard working fellow. He is a man who is down on his luck, hardworking and sincere but unfulfilled and hence with a negative view of the world.'

On being asked if the comedian reads stories in real life to his children, Sandler said: 'I read in the morning to my little girl, Sadie, who is two and a half years old. I am not great at doing the bedtime stories though. They are supposed to put the kid to sleep.'

Not many know that the 42-year-old broke his ankle during the shooting process but didn't back out from the filming.

'I had a broken ankle for two months of the shoot, so it was hard working during the filming. Shankman was not at all happy about my injury. But it wasn't too bad as I can handle pain,' he said.

He also has a production company, Happy Madison Productions, developing TV shows and movies. Apart from acting and producing, Sandler is also a gifted writer and musician. 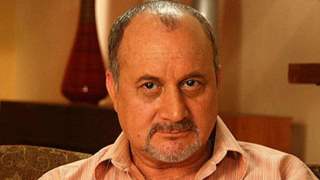 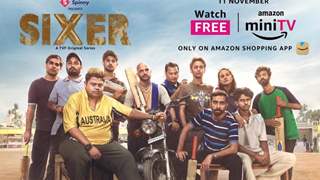 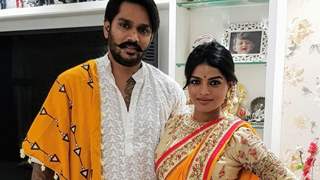