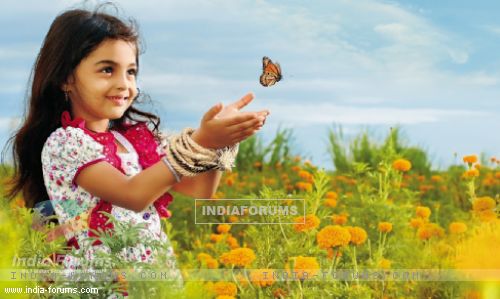 Elaborating a little more on the tale â€“ Udann is the tale of Chakor, a free-spirited young girl whose existence is pawned by her poverty-stricken helpless family when in her motherâ€™s womb. Udann brings to the masses a social issue of bonded labor which is prevalent in most part of India.

Colors as a channel is famous for bringing up shows based on various social issues presents Udann which will soon hit the small screens.

The show is written by Robin Bhatt and Javed Siddiqui and the same is conceptualized by Mahesh Bhatt.

Well, the show through its promos is looking quite promising and something that people can look up to.

Keep reading this space for more details of your favorite shows.

ll-Anuska-ll 6 years ago thanks Santhiya :),i like the promos

FANADSENA 6 years ago this STUPID SHOW was REPLACED by a MAGNIFICENT madhubala. it WILL NEVER be GOOD

Spring-Dew 6 years ago The girl is cute , all the best for this new show hope colors doesn't ruin this too @ll-Anuska-ll so true :D

Priya-Anand 6 years ago wow great color back to social concept show...i will watch it

All the best and hope this show get good ratings

Premarlove455 6 years ago This little girl is cute
Waiting to see this show :)

mercyanburaj 6 years ago i already started liking chakor... she s cute and innocent

shaina1 9 years ago seriously akshay watever you say isn't going to affect them. They are ruthless. I hope all those effin guys that beat up the college student and then started stealing from him go to jail. they should get their butts whipped and their effin heads disfigured after being stuffed into toilets