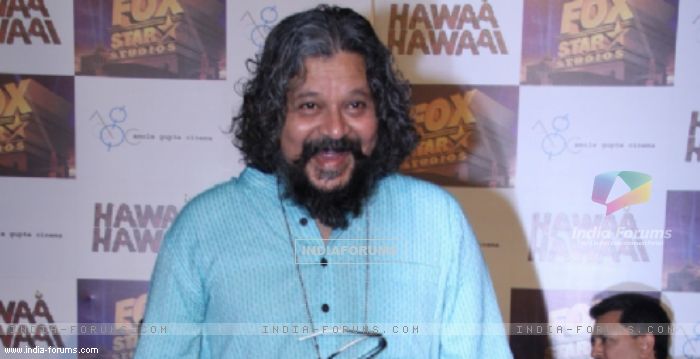 Filmmaker Amole Gupte, whose latest movie is "Sniff !!!", says he enjoys doing films on children and that he believes cinema is an art form and not a product of any factory to earn money.

Gupte has worked on interesting films like "Taare Zameen Par", "Stanley Ka Dabba" and "Hawaa Hawaai" that have had children as their protagonists.

Asked if it is a conscious decision for him to make films on children despite knowing that it is not one of the most profit-making genres in films, Gupte told IANS here: "I think when you are talking about cinema, it is not a product like coconut oil that has been made in factory. If we are talking about cinema, it is an art form of the 21st century and not a money earning machine.

"Art has a longer life. So yes, I have chosen not to get into the game of film's commercial success."

Taking a reference of the iconic film "Pyaasa", he said: "Can you recall all other films that released along with 'Pyaasa' on that Friday? I am sure they earned a lot of money and the maker probably bought a bungalow and had a great life. But do we recall that?

"As a filmmaker, we have to have the intention of creating something that can last for long. And people like Guru Dutt, Mehboob Khan, Raj Khosla, Bimal Roy, Vijay Tendulkar came with that intention."

According to Gupte, making films on children not only gives him the pleasure to nurture his inner child but he also finds it a "luxurious profession".

"I don't think I am doing a job... It's quite a luxury for me. Kids are innocent, adults are corrupt and they tend to make children's also corrupt. I do the workshop with children and when I choose actors, I just select a kid whose personality close to a character. I do not make them act, I just let them be."

Gupte's latest offering is "Sniff !!!" in which the protagonist, an eight-year-old boy has a smell disorder.

Sharing his shooting experience, Gupte said: "The idea of the story came from Radhika Anand and then I wrote the script and started doing a workshop at St Merry's School. But the film is also special for where I shot it, Bima Nagar, Andheri East, the place where I lived for 40 years... I grew up there.

"So when I went back to the place, around 500 people also participated in the film. I tried to incorporate those local elements in the film. All the dweller of the area was so supportive and for me, it was going back home."

Being a father of a National Award winning child actor Partho Gupte, asked about if his son comes to his mind whenever it comes to casting a child actor for his film, Gupte said: "You mean nepotism? (laughs out loud). Well, my son is an independent-minded person.

"He is 16 years old and has already directed 'Pigeonhood' that has been selected in many international film festivals. You know I told him to appear in 'Sniff' on the song that Vishal Bhardwaj sang. But he didn't. He was like, 'Why do you need me, papa? I am not just an actor, I am a filmmaker you know'.