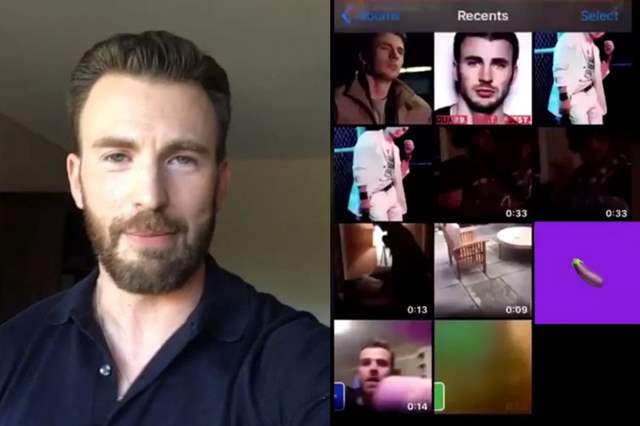 It might have been just under two days since actor Chris Evans was literally the talk of the town. His infamous nude photo leak continues to be the talk of the town even now. Interestingly, the actor tried to pivot the attention to the upcoming 2020 election with a cheeky tweet. In an appearance on The Tamron Hall Show on Tuesday, Evans explained why he was being a good sport about the "embarrassing" mistake.

“That’s called turning a frown upside down," he told Hall. Since this happened, he has decided to take this mistake with full stride. “It was an interesting weekend full of lessons learned, a lot of teachable moments,” Evans said on the show. “It’s embarrassing, but you gotta roll with the punches. I have fantastic fans who came to my support.”

After the leak, fans flooded the trending topic on Twitter with images and messages supporting Evans in order to wash out the NSFW photo.

On Monday, the star was ready to joke about the mishap — and make the most of a less-than-ideal situation. Hinting on Twitter about what happened, the actor used the opportunity to encourage his fans to vote in the upcoming election.