View Profile
Chitrashi Rawat, who wowed audiences with her rebellious act in 'Chak De' has decided to add another dimension to her character and 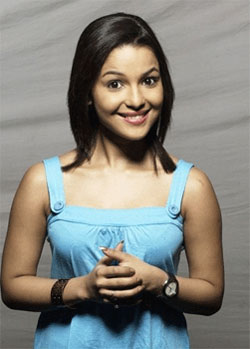 Chitrashi, who is called Shortkut in the film (quite apt, we must say!) was quite easily the youngest on the shoot and quite believably the cheekiest – on and off the camera!!!!

And so taken in were the cast and crew of the film by the young imp that she was officially called 'shortkut' on the sets, instead of her own name!

Chitrashi, in keeping with her cocky character, sports a spiky boy cut hairstyle and is in rugged clothes throughout the film. The stylist Binal Shah gave her a touch of insolence and quirkyness by leaving a lock of long hair loose along her ear!!

Well, Chitrashi seems to be a classic living example of 'Best Things come in small packages'!!!