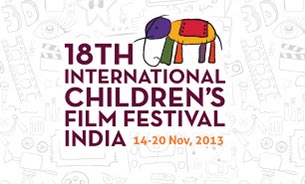 The week-long festival opened with a colourful performance by artists including children at the Lalitha Kala Thoranam at Public Gardens in the heart of the city. This has been the permanent venue of the biennial event since 1995.

An estimated 1.5 lakh children are expected to view 200 films from 48 countries during the festival.

The event is being organised by the Children's Film Society of India (CFSI) in collaboration with the Andhra Pradesh State Film, Theatre and Television Development Corporation.

On the occasion, Tewari called for ostracizing from mainstream of human thought totalitarianism, fascism and all such sectarian mindset which squeeze the liberal spaces in the world.

"We look towards the coming generation to ensure that the 21st century is peaceful, prosperous and beacon of creativity and entrepreneurship," he said.

Chief Minister Reddy stressed the need for both the state and the central governments to ensure that more films are produced for children.

He said the government has already allotted land for a permanent venue of the film festival and would create the necessary infrastructure.

The festival received 896 entries from 74 countries. They include 123 entries under the Little Directors section.

Movies sourced from the Cannes Film Market and other international award winning films would be screened. There will be 30 shows daily.

A total of 16 awards in four categories would be given away in the competition section. For the first time, the animation features category has been included.

The Czech Republic, the country in focus, will present 15 of its best children's films in the non-competitive section, while the Children's World would present 85 award winning international and national films from the last decade.

For the first time, the ICFFI received 26 films from South America.