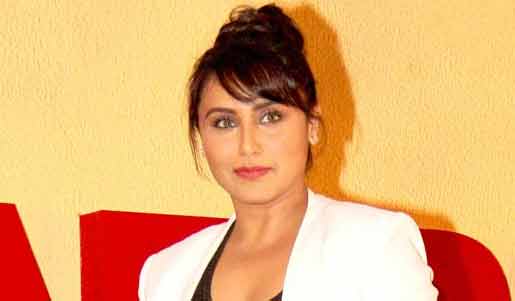 Aamir Khan has praised Rani Mukherjee's latest release "Mardaani", but says that the film has violence and children shouldn't be exposed to such things.

The censor board awarded a A-certificate to "Mardaani", which focuses on child trafficking. But Rani is trying to re-certify the film so that children above 12 years of age can view it.

When asked about the same, Aamir said: "There are some words in the film that I would not want my children to see. I also feel that very small children should not see this kind of violence. I don't want an eight-year-old child to see that. That's what I think."

"I know Rani may have a different opinion. She is a close friend of mine and I respect her, but I feel the film does have a certain amount of violence," he said.

Aamir feels that "we have become insensitive towards our children that we show them almost anything."

"Sometimes absurd things are shown in U and U/A (certified) films... I think we have to be much more careful with the kind of violence we are exposing our children to. I have a certain responsibility towards what I am showing to my children. I have to fulfil my responsibility," said the father of three.

The censor board has also restrained the makers from using the word "virginity" in the film, and Aamir said that he cannot comment on the issue without checking the guidelines.

"There are certain words that I don't like my children to hear, which is why I would be sensitive to other people's children as well. In case I want to use such words, I will make sure that it's properly advertised as an adult film," said Aamir who made "Delhi Belly" and promoted it as an adult comedy.

"There should be freedom of speech, and we are old enough to decide whether we want to see or not... we don't need to censor it from them (adults)."