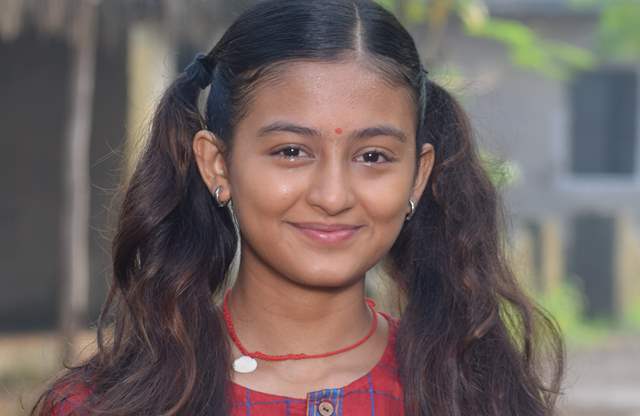 Shruti Bisht who is a well-known face of the television industry will be seen in a pivotal role for the next chapter of Mere Sai. For the longest time, Shruti has played multi-faceted roles and has made a mark for herself amongst the audience.  Now, she’s all set to enter Mere Sai for a highly relevant track of bonded labour. This upcoming track is picked from the Sai Charitra and highlights a very important societal evil of bonded labour prevalent in older times.

In the forthcoming track, Shruti will be playing the daughter of Raghav who is in a lot of debt as a result of her father’s poor decisions. When times get tough and the situation calls for it, she’ll slip into the shoes of a headstrong and responsible sister who would leave no stone unturned to let her family off the hook and fulfill her brother’s wishes with the guidance of Sai Baba.

Sharing her excitement on being a part of the show, Shruti Bisht said, “I’ve always been a devotee of Shirdi Sai Baba and it’s nothing short of a blessing to get a chance to be part of such an important track of Mere Sai. Needless to say, I can’t wait to work with Tushar sir. He’s such an effortless actor, I am sure I will get to learn so much from him. Really looking forward to the entire experience.”

The forthcoming track of the show is a heart-aching story of a debt-ridden family who is forced into the shackles of bonded labor and how the daughter will support their family through this tough time. The track will showcase how Sai Baba shows them the right direction and teaches them the value of patience and perseverance through his various miracles.