Star One’s very unique show Chhoona Hai Aasmaan is all set to bid farewell on July 10th. So how do the Hawks succeed in getting the better of Haider? And are there any last-minute twists that the audience can expect to see? 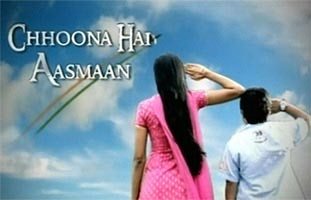 Featured Video
Well, giving us an insight on the final week’s happenings is our well-placed source who says, “There is a big twist coming just before the curtains are drawn. Sameera turns out to be the daughter of Veer Pratap Singh which reveals that Sameera and Shikha, who were sworn enemies at one time, are siblings. A final trap is set up by the Hawks to capture Haider and they get successful in it. The penultimate episode will see a very gripping sequence where the Hawks punch bullets into Haider’s body in a full-on shootout scene. With the death of Haider, the Hawks mission gets accomplished”.

When asked about the love story of Sameera and Abhimanyu, our source reveals, “The final episode has a very cute scene wherein Abhi offers Sameera two air tickets to Hong Kong and Sameera presumes that these are their honeymoon tickets. But the final dialogue where Abhi says, ‘No, this is for our next mission!!’ will really take the viewers by storm!!

Our source goes on to say that the end has been made with lot of forethought as the production house plans to come up with a sequel of Choona Hai Aasmaan sooner or later!! 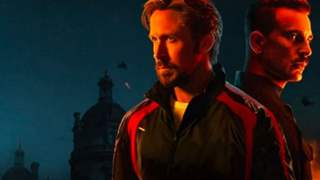 13 years ago HEY I JUST LOVE THIS DRAMA CAN SOMEONE TELL ME FROM WHERE CAN I GET ALL THE EPISODES OF THIS DRAMA??

14 years ago i like veer sir(narendra jha)a lot,i really feel excited to see him as an air force officer in cha and wish that he will be seen in the sequel of cha.i will miss that cha because of veer sir.narendra jha is a great actor and looks handsome,i really admire him more his acting is superb.

dad72 14 years ago Gr8 news. looking 4ward 2 the sequel. Hope it comes out soon. Will miss CHA. All the best to the stars and all involved in it. Was a very good show.

rajat'n'mugdha 14 years ago o man chona going off air so early???? why??? i'll miss the show. bt its g8 they r planning a sequel. hope its soon bt will the sequel have same characters??? what abt samrat???? will he die??? no. i like him yaar.

I hope they come up wit the sequel very soon...miss da show...

thanks for da info...

+ 3
14 years ago ill watch the sequel, are their gonna be diff characters :S

rashna1996 14 years ago yaar its seriously sad its finishing.sob sob