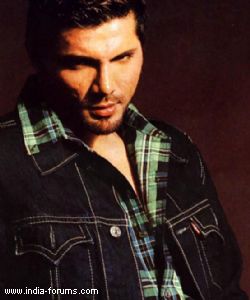 Chetan Hansraj is back to the small screen after his popular stint in the Bollywood flick, Bodyguard. Chetan will play an important cameo in Colors' Veer Shivaji.

According to our source, "Chetan Hansraj will play the character of Innayat Khan, the first king whose fort was conquered by young Shivaji.As the description suggests, the character has deep negative shades and will try to take revenge from Shivaji.

We contacted Chetan Hansraj who confirmed the news, "Yes, I am playing Innayat Khan, whose fort has been conquered by Shivaji. The reason  to take up  this show is that, first of all it's a not a  daily soap. It's a periodic show and  the character I am playing is very much an important one."

Reports suggest that the episodes with Chetan will be aired around mid-Jan.

am sure he will rock in veer shivaji... :D

moon.beam 8 years ago Awesome...Chetan is a wonderful actor...Looking forward to see the first victory of Shivaji...

Amor. 8 years ago wowww gr8 to see him again in historic show after PRC