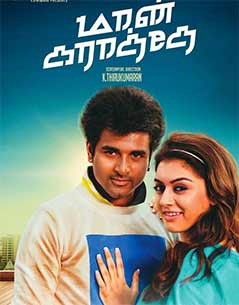 Chennai-based boxer J. Krishnamurthy has lodged a complaint against the makers of recent Tamil romantic-drama "Maan Karate" for portraying the sport in poor light. He has alleged that the movie will discourage aspiring boxers.

"I understand the film is not based on boxing, but the sport has been extensively used in the film. They have disrespected the sport by making a caricature version of it on screen. I have filed a complaint with the city police commissioner requesting to ban the film," Krishnamurthy told IANS.

"They have not even followed the rules of the sport. By portraying it in such poor light, a bad impression of the sport is left on aspiring boxers. I wouldn't mind if it was just for a scene, but most of the second half of the film is about boxing," he added.

The story of the film revolves around an unemployed character called Peter, who has to win a boxing championship to prove his love.