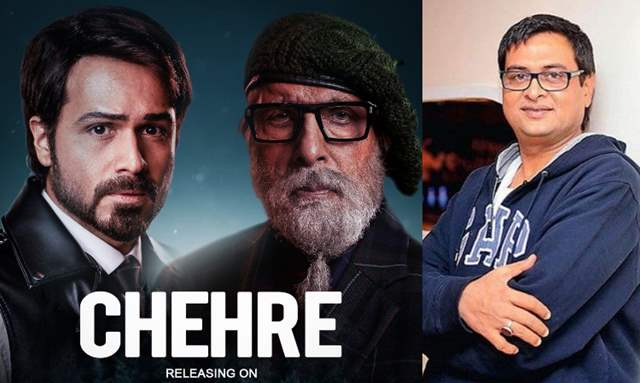 The rise of Covid-19 cases continues to proliferate in several parts of Maharashtra and new guidelines have been imposed leading to the early shut down of cinema halls, malls, restaurants etc. It has ultimately affected the industry’s business and makers are in a dilemma as the theatrical release of Bollywood movies are being pushed to further notice.

Similarly, Amitabh Bachchan and Emraan Hashmi starrer, Chehre was also postponed indefinitely. The Rumy Jafry directorial was set for April 9 release, however with rising coronavirus cases and states calling for night curfew, this film along with a few others got their release dates pushed.

During his recent interview with Bombay Times, Jafry reasoned the team’s decision to reschedule the release of Chehre and highlighted, “Safety comes first.” He questioned, what is the point of releasing a film when malls and cinema halls are going to shut early.

Jafry pointed out that Amid the rising number of cases in the nation, many states have introduced night curfew and considering the renewed guidelines the last show will be at 4 pm.

The film’s recently released trailer went on to receive a lot of positive response from the fans and Jafry has said that it is one of the reasons the team doesn’t want to rush into releasing the film.

He also mentioned that people have also told him such good things about Mr Bachchan’s appearance on screen. Being satisfied with his output, director Rumi said that it is necessary we be a little patient.

“Having said that it is going to be the producer’s call completely, but yes we including Mr Bachchan decided ki film release hogi toh theatre mein hi hogi. It will definitely have a theatrical release,” Rumi Jafry said in an interview with Bombay Times.