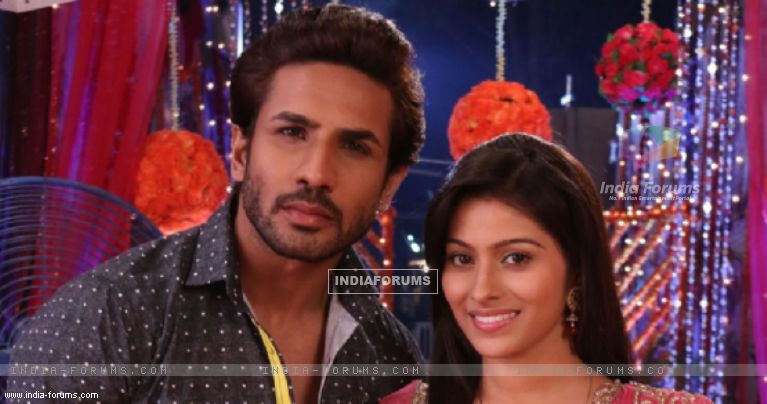 Telly Buzz had earlier reporter that Parakh Madan will be entering the popular show Kalash-Ek Vishwaas.
Currently on the show Ravi and Devika's relationship, which had started with hatred is gradually treading down a different road as they are seen bonding and fighting less.
Our source says "In the coming episodes Nivedita will enter the show as Ravi's boss. Nivedita makes her entry in a Mercedes and ends up bashing Manju(Alka Amin).  Manju wants a rich girl for Ravi and when she sees Nevadita she thinks of getting Ravi married to Nivedita."
Will Manju be successful?  Who do our viewers want to see Ravi with - Devika or Nivedita?

'Pinjara Khoobsurti Ka' to witness the re-entry of Akanksha Pal

+ 4
5 years ago Its Devika. At least confirm the names before posting an article.

+ 2
5 years ago They are overloading this show with too many characters.I hope they use all of them effectively.

+ 3
5 years ago Ravi and Devika. RaVika of course. Why would we want any obstacle in RaVika's life. Plz end this track soon
And its Devika not deepika
Krip Suri and Aparna Dixit are fabulous as Ravika
We don't want anyone else at all

+ 3
5 years ago it's devika not deepika...there's always typo in all of the articles i see..

+ 4
5 years ago its not deepika but devika...my choice is Ravi-Devika

+ 5
8 years ago 3 idiot , taree zame paar , chk de india
all a great movie whith educationin hollywood that's olso exist 'the help' 'the blind side'
it not about the story it about how you tell this story people doesn't need laught only they need insperation too

+ 5
8 years ago How is being entertained and being educated mutually exclusive factors??

+ 5
8 years ago haan so please dont educate us. but at least try to entertain us na?? no??? awww. the question then is, what do you want?