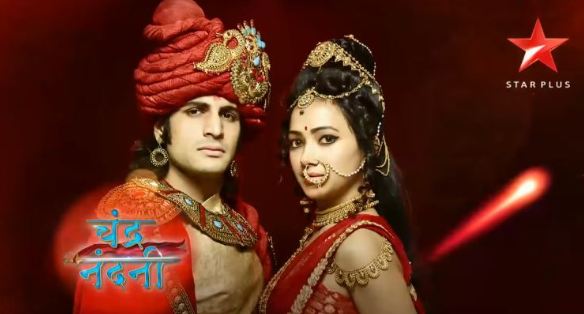 Star Plus show, Chandranandini has marked a new milestone of completing a double century.

The show has received praises for its star cast and bringing such talented actors together. Shweta Basu Prasad and Rajat Tokas are loved as artists and it's pleasant to see them portraying such characters.

Chandranandini was a part of the Star Plus programming when the channel launched a number of shows under its new initiative, 'Nayi Soch'.

The entire team is excited to unlock this achievement and they have also planned a team dinner to celebrate this success.

Shweta Basu Prasad aka Nandni told an entertainment portal that it is always a pleasure to know that one's hard work has been paid off.  She has been receiving letters, messages and emails about how the show has been accepted by the audience. She also mentioned that it is not only the actors but the entire team, right from the spot boys to the director who have put in their heart and soul into making the show a success.

We congratulate the team.

ARJUNKIAPS 3 years ago congrats to the entire team of chandranandini i hope this sucCess saga continues and show rises in trps,congrats to all the behind the camera people!!!

sohinisen 3 years ago Why the bloody hell isnt Rajat Tokas tagged in this article??

review
Review 'Bandish Bandits' Hits The Right Tunes With its Acting ...
57 minutes ago