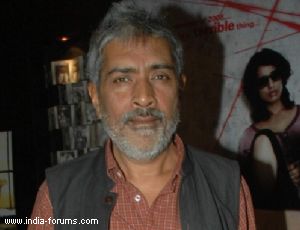 Prakash Jha's next film "Chakravyuha" has been invited to the prestigious London Film Festival for a world premiere in October. The director is elated.

"It's a prestigious festival which provides good exposure for the film. But it is not opening the festival. It has been invited for a world premiere," Jha, whose "Mrityudand" opened the London Film Festival in 1997, told IANS.

But Jha says since the film festival starts Oct 10, they would have to consider postponing the release to Oct 12.

However, he also pointed out that they are just "thinking about it" at the moment.

He is happy that the festival "is now opening to Bollywood films."

If "Chakravyuh" releases Oct 12, it will be followed by Karan Johar's much-awaited "Student Of The Year" a week later. But Jha believes this won't affect the response to his film.