This week, BollyCurry presents to you a name that floods the mind with a lot of pleasant musical memories. To the Bollywood fanatics, Aditya Narayan needs no introduction. The image of a sweet and innocent kid flashes past, immediately replaced by that of a good looking youngster who has managed to woo millions by his phenomenal performances. 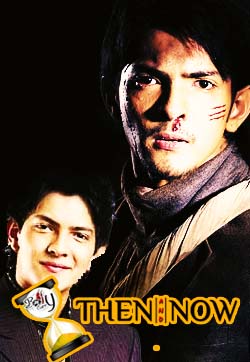 Aditya Narayan Jha, publicly known as Aditya Narayan, is a singer, actor, song writer, music composer, television host and assistant director. Son of the veteran singer Udit Narayan and Deepa Narayan, Narayan has been born and brought up under the Bollywood influence.
Narayan's singing career started with his training under the music maestro Kalyanji. He then performed at more than 300 concerts for the Little Wonder show. He first sang as a playback singer for the Nepali movie Mohini, and then came his first Bollywood break in 1995 when he did a cameo in a song for Rangeela. His biggest break came with "Chhota Bachcha Jaan Ke" from Masoom in 1996. He has also sung a few songs in movies like Akele Hum Akele Tum, Rangeela and Taal. With a self-titled hit album "Aditya" to his credit, Narayan has more than a 100 songs in over 16 different languages to his credit.
Coming to his acting career, he started off with Subhash Ghai's Pardes, where his acting skills were applauded. He then moved on to play the parallel lead in Jab Pyaar Kisi Se Hota Hai. After completing his studies, he auditioned for Sa Re Ga Ma Pa Challenge in 2007 and the role of the anchor fell in his lap. He hosted three seasons for this show, one of which included kids, and later he also hosted the show X Factor.
Next, he signed his first movie as a lead actor in 2009 - Shaapit. The movie which had four songs written and sung by Narayan did not garner much success at the box office. Recently, Narayan assisted Sanjay Leela Bhansali in his latest venture Goliyoon Ki Rasleela Ram-leela. Bhansali liked Narayan's scratch recordings to the extent that he let Narayan sing two of the popular songs from the album - "Tattad Tattad" and "Ishqaun Dhishqyaun".
Narayan has his hands full when it comes to accolades. Some of the awards that grace his shelf are:
1997 -  Screen Award Critics Best Child Singer
1997 - Screen Awards Special July Award for his song "Chhota baccha jaan ke" from the film Masoom.
2007 - The Global Indian TV Honors Fresh Face of The Year (Male)
2007 - Indian Television Academy Awards Star of the Year
2007 - Sansui Television Awards Face Of The Year
2007 - New Talents Award Best New Anchor
2007 - Lions Gold Award Best Anchor of a Television Program
2007 - Cinegoer's Award Best Anchor of a Television Program
2007 - Kalakar Awards Best Anchor of a Television Program
2008 - Glamour Star of the Year
Despite his setback in the acting field as a lead actor, Narayan has been going steady given his outstanding music career. We wish the star success in every path that he treads on and hope that he keeps those musical strings ringing.
Writer - Pooja B.
Editors - Komal P. and Gunia M.
Graphics - Komal P.
Have a suggestion or comment for BollyCurry? Then drop us a PM at BC_Dropbox today!