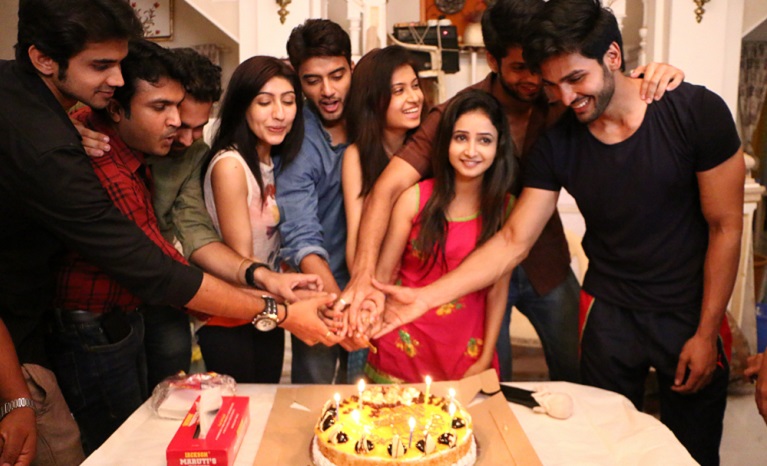 It was a celebration time on the sets of Beyond Dreams' popular show Million Dollar Girl (Channel V). The show has achieved its first milestone of completing 100 episodes and the team recently celebrated this achievement on sets by cutting a cake.

The show with the story of a girl struggling to pursue her dreams has managed to grab the attention of the viewers. It has also gone through a major change when the lead actress Sharmin Kazi was replaced by Sana Amin Sheikh.

When we contacted Vikram Singh Chauhan, associated with the show from the beginning, shared his happiness with us and said, "It's been a fantastic journey so far especially for me because in one role of Virat, I have got to play so many shades. He can be aggressive and romantic at the same time. I have played all the shades that a character can have. For me, it's an amazing journey because I have got to play everything."

Talking about the celebrations, he said, "We had recently cut a cake on the set and we are looking forward to have a party soon, probably this weekend."

We wish the team all the best for their upcoming episodes!

8 years ago always loved PZ :) she's so right about the size zero thing!

8 years ago Completely Agree With Her! You Don't Need To Be A Size Zero To Look Good. Infact, In My Opinion, Size Zero Is Ugly! Curves Are The New Trend And Beautiful