View Profile
Indian cinema is increasing in popularity throughout the world. Such is the demand for our films 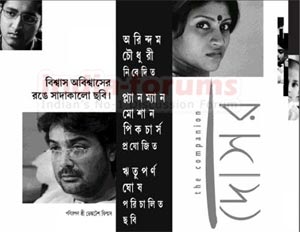 Featured Video
that Indian film festivals are being organized frequently in many cities on just about every occasion. Celebrating the 60th year of Indian Independence and 15 years of friendly bilateral ties between India and Israel, an Indian Film Festival started in Jerusalem on 20 August.

On the very first day, "Dosar", starring Konkona Sen Sharma, received much applause from all. Director Rituparno Ghosh was present at the inauguration of the festival and also received kudos for his style of direction and screenplay.

Most of them will be screened in the theatres of Jerusalem, Haifa, Rosh Pina and Tel Aviv in the coming weeks.

Then there are two television channels, "Hot Bombay" and "Yes India", which cater to viewers hooked to Bollywood, all year round. The increasing number of Israeli subscribers to these channels show how Bollywood fare sells like hot cakes in the country.