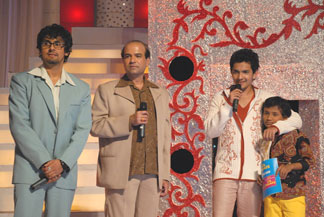 On Friday, November 16th, The L'il Champs team will celebrate “Children’s day” on the sets. The episode will have a grand opening with the Lil ones led by Aditya performing to “chhota bachcha samajhke humko na samjha na re”. The opening will set the mood for the day and “masti ki pathshala” will see plenty of music, masti and mischief. The kids give some really mature performances. In fact, Vasundhara’s performance was so good that she ended up choking the Pathshala gurus – Sonu and Sureshji. They were too overwhelmed. If she makes them sentimental, then the others definitely make sure they bring the smile and mischief back with their rocking performances as well. 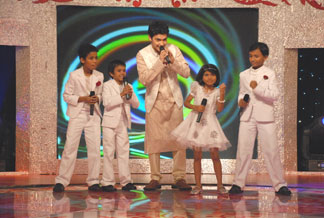 If Friday was “Children’s day Special”, then on 17th November, the episode will be a Comedy Special. The episode will begin with the kids humming to “Aslam bhai” from the movie – “Love ke liye saala kuch bhi karega”. Infact Aditya will be in total prank mood. He mimicks Sonu Nigam and sets the whole set rolling out laughing. It’s going to be totally hilarious. The kids will come up with some very interesting songs and one thing is obvious - the whole set - judges, participants, production crew, host, and the audience, they were all having fun.

This week they all get to mauj and masti and so will the audience. But who are the top 3 on Friday, who is the celebrity guest, who perform well, who gets scolded, who gets eliminated…? So many questions!

To know all the answers, you have to tune in to Zee SaReGaMaPa L'il Champs show on Friday 16th November, and on Saturday 17th November at 10 PM IST. Until then as Aditya says – “Time please”!! 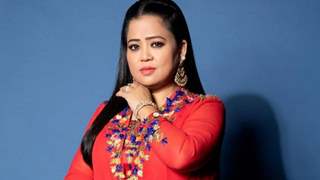 14 years ago she's a good actor...i loved her acting in bhool bhulaiya as manjulika