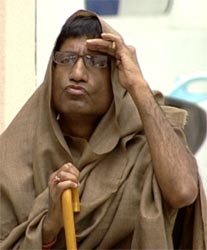 The nation has decided as to who has to be eliminated out of the three nominated contestants- Pravesh Rana, Vindoo Dara Singh and Raju Shrivastav on Colors and Endemol's Bigg Boss.

According to our source, "The audience now wants to see the back of Raju Shrivastav. So it bye-bye time for Raju. When Raju got nominated (it was his first time), he was very confident that the junta will support him. However, his trust in the junta has now been squashed."

Adds the source, "The nomination of Pravesh Rana and Vindoo Dara Singh brought out unexpected circumstances in the Bigg Boss house. Pravesh was already disturbed with the way Vindoo had been playing. And their face off with the nomination brought clashes between them. Pravesh was very confident that he will not be the one who will be eliminated. But he also declared that even after several nominations, if at this time, the nation saves a dirty player like Vindoo, then he'd rather walkout of the show."

It now remains to be seen, how Pravesh will react to the whole scenario. Will he change his mind about walking out of the show? Will he now ignore the shenanigans of Vindoo? 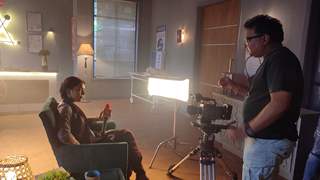 + 5
13 years ago Shit man..Thatz like Bigg Boss is now with no masala:P

13 years ago hahahaha some loser's (astrologer) predictions were wrng.. he said pravesh wud go out this time lol

+ 4
13 years ago Raju was deserving.Ots all pre-planned.Good he's out of dirty politics.

13 years ago this is all pre-planned......there is no way raju got less votes......he was one of the possible finalists.......either pravesh is someone with alot of people power outside...coz he was very confident that he is not going out...or the production house thought it would be more interesting to see what happens between vindoo and pravesh...for trps..

lk82 13 years ago how can Raju get out of big boss?
the show is not real it is complete fake, it is pre-planned whom to go and when to go? Now, i will not watch BB in future

+ 5
13 years ago i think aditi should win all the rest are kind of annoying! Claudia used to be cute, Bhaktiyaar is okay, Poonam is someone I still can't stand-and the other two redefine cheapness!

13 years ago "well i've the answer, Vindoo sucess mantra is pick a fight with some or other the housemate".


WRONG. That is Pravesh's success mantra. ;) Let's see if he is man enough to keep his word. If not, I'll call him No-Man from now on, LOL.

Chalo, it's okay. I was kinda hoping Raju would get saved but he had become quite dull after his nomination.

13 years ago This is a big sham pravesh getting more votes than raju. in ever forum raju had the highest popularity. praveshs necking claudia and his disgusting behaviour kept him in bb. cant bear to see him more on tv. hope raju comes back in wild card

+ 5
13 years ago How can Vindoo be saved ..well i've the answer, Vindoo sucess mantra is pick a fight with some or other the housemate, blabber to the camera, say you are the best! the most sucessful amongst all.. ...the sucess mantra of BB house and Vindo is how cheap...boastful..irritaiting..dramebaaz...you can be...the more you've these qualities the more chances of your staying in this house..as some people find it "entertaining" the definition of entertain wil be re-written after BB house :)

And after all this Big boss says...i am always with truth..CRAP mister !!!!