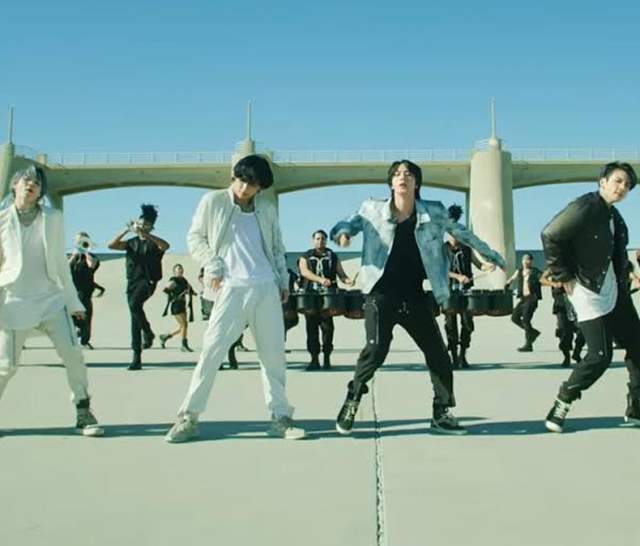 The wait for BTS' now-released album was worthy as the boy band dropped it only a while ago with their latest, ON.

The album called Map Of The Soul 7 is in tandem to the number of the band members (seven) and the same is symbolic of strength, passion, and verve. Record-breaking group  -- which includes RM, Jin, Suga, J-Hope, Jimin, V and Jungkook arrived with the song, ON.

The music video of the same is high-octane, and feisty - the Kinetic Manifesto Film: Come Prima.

ON does not spare a moment to take a dynamic turn, opening with a sleek and confident Jimin taking centrestage. As the music video proceeds, the seven artistes establish their dominance through the power anthem and thunderous, intricate choreography. With lyrics that go, "Can't hold me down cuz you know I'm a fighter // Carried myself into this beautiful prison // Find me and I'm gonna live with ya", BTS reflect on how they've grown into stronger, confident individuals who are ready to face their shadows head on.

The song is an explosive rallying cry, complete with an entire marching band and a background chorus. Still, their resilience is front and center: "Bring the pain," they sing. "Even if I fall, I come right up, scream," Suga raps, translated to English. "That's how we've always been."

ON Kinetic Manifesto Film: Come Prima also features dance troupe The Lab, as well as the marching band, Blue Devils. In a digital-exclusive release, the single also features Australian artiste Sia. Map of the Soul: 7 includes 20 tracks intricately threaded to reflect on BTS' journey in the past seven years, diving even further into the septet group's vast musical spectrum.

Are you happy with the new album? Leave in your comments below.

‘Sushant Could Not Sleep for 4 Nights Waiting For Sanjana to ...
28 minutes ago