Mumbai, Nov 30 (IANS) Who coined the term 'showman' for Raj Kapoor, the term that stayed forever prefixed to his name, or 'superstar' that went on to define not just Rajesh Khanna but many others after him, or 'dreamgirl' for Hema Malini?

It was the humble public relations officer (PRO) - the much loved and envied Bollywood institution - who knew how to pitch his client into the front page, who liaised with the filmmaker and was so powerful that sometimes even gave inputs in 'story sessions'.

The gargantuan growth of Bollywood in recent times has not only changed the face of the industry but also meant the end of the PROs as legendary filmmakers like Raj Kapoor or B.R. Chopra knew them. They do exist, but as faceless entities called 'vice president, communication' . They have a plethora of assistants to ensure that their job is finished with getting as many mediapersons as possible for an event. That's it.

The PRO was a one-man army. He, in short, liaised between the producer and print journalists - electronic media was an unheard-of entity then - when his client's movie was under production. He functioned as a one-man show, doing single-handedly all the odd chores that went with his job.

In those days, the distributors pre-invested in the movies in stages or producers borrowed money from financiers, often paying an interest rate as high as 40 percent.

So the announcement of the progress of their movies, especially in the trade papers, reassured the distributors and financiers that their money was in safe hands. It also helped producers secure the next instalment of money for their movies.

In those days, daily newspapers looked down upon film news, and with them it invariably ended up in baskets with the pinned photos of Hema Malini and others without being used. The PROs would hold their news items till the day's front page was made.

For their services, the PROs were paid handsomely, but their payments never came on time unless they were on the payrolls of production banners.

At one time, from the 1960s till the 1980s when some renowned producers from the south started making Hindi movies in Mumbai, most PROs preferred to work for banners from that region because they worked in an organised fashion.

The first person to do film publicity in an organised way in Bollywood was V.P. Sathe. For many years, Sathe handled Raj Kapoor's publicity work. He also provided inputs during the 'story sessions' of 'Shree 420' and 'Awara' before K.A. Abbas had actually written them for the R.K. banner.

Sathe ran an agency called Bharat Publicity Service which also handled film advertising for producers. He was also an encyclopaedia on the Indian film industry.

Bunny Reuben was a journalist on the staff of 'Sunday Standard' - the erstwhile name of The Indian Express on Sunday - before he became the PRO for Mehboob Khan, Raj Kapoor, B.R. Chopra, Gulshan Rai, Yash Chopra, Yash Johar and other top filmmakers of those days.

Though he was a top-notch PRO, he was, like many others, a one-man show. Having already worked in a newspaper as a film journalist, he knew what sort of news item would interest which film weekly and so would write accordingly.

In Bollywood, Reuben was the first PRO to start the tradition of artists having their own media liaison persons.

Since Raj Kapoor did everything elaborately and in style, Reuben coined the word 'showman' for him, an epithet that later went to producer-director Subhash Ghai for much the same reason.

Reuben got close to Raj Kapoor quite by chance. While still in Sunday Standard, he wrote the review of 'Awara' and mentioned that the movie's theme was similar to that of the Hollywood movie, 'Knock on Any Door,' starring Humphrey Bogart, which was released earlier.

Kapoor called Reuben over to Abbas' house at Juhu where both argued and fought over the theme of 'Awara' and later became friends forever. Reuben wrote a book on Raj Kapoor that epitomises the essence of the man as an actor, a filmmaker, an epicurean and a showman.

He also wrote a book on Mehboob Khan and compared the socially conscious filmmaker to Cecil De Mille of Hollywood for similarity in the scope and scale of their movies.

K. Razdan was in the Indian Army before he became a PRO in Bollywood. He coined two words which have since become household prefixes for ascendant Bollywood stars.

When no successful actor anywhere in the world was called a 'superstar', Razdan coined the word for Rajesh Khanna during the making of 'Haathi Mere Saathi' (1971) after the actor's popularity reached dizzying heights following the stupendous success of Shakti Samanta's 'Aradhana' in 1969.

Razdan had also given the moniker 'Dreamgirl' to Hema Malini during her heyday as a leading lady.

Gopal Pandey, brother of Bollywood lyricist Anjaan, was another PRO who strayed into the profession after being a freelance journalist for a number of Hindi periodicals.

Pandey's success essentially could be attributed to the patronage he received from 1970s Bollywood star Jeetendra.

Since Bollywood was not as crowded then as it is today, PROs and newspapermen could build up a rapport between themselves for their mutual benefit.

Suddenly, the corporatisation of the film industry and arrival of the new breed of filmmakers changed the equation. The new influx elbowed out the one-man PRO from the scene. Bonhomie in Bollywood has evaporated. As filmmaker B.R. Chopra, who died this year, said: 'Only money speaks today.' 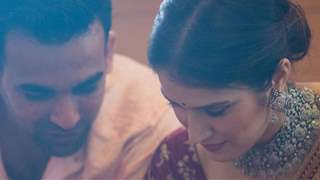 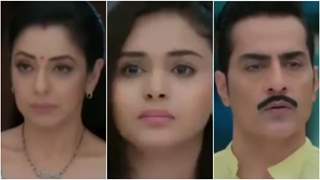