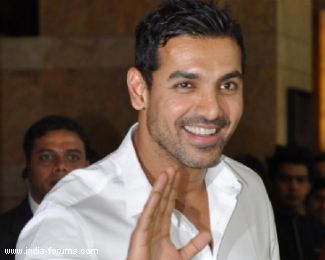 Actor John Abraham feels that instead of getting inspired by Hollywood films, Bollywood filmmakers should start adapting stories from books.

"Most of the time, in our industry we get a lot of inspiration from other films, especially English films. But I think the best inspiration you can get is out of books," the 39-year-old said here at the launch of the book "In A Bubble of Time."

"Even English films that have done well, got their inspiration out of books. So I think it's important to read and get new ideas and I think that is where we are limiting ourselves," he added.

If John was to make a film based on a book, which one would that be?

"I have been a great fan of 20th century fiction and I love Jeffry Archer. So, I have read all his books and if I have to make a Hindi picture I would definitely make it on a Jeffrey Archer book," he said.

The actor had featured in the film "7 Khoon Maaf" which was based on Ruskin Bond's short story "Susanna's Seven Husbands".

John is currently gearing up for his next release "Housefull 2", scheduled to hit theatres April 5.