Producing over 800 films a year, Bollywood is the largest entertainment industry in the world. With so much output happening yearly we are bound to run out of ideas. And then one can question how many movies in Indian cinema are actually 'original' ideas that haven't been so-called inspired?

Inspiration from Hollywood films has been an ordinary fare in our industry for years. From music to ideas, India has looked towards the World for inspiration many a times. And this year especially has been a year full of remakes; the latest Ugly Aur Pagli was a tad bit similar to My Sassy Girl (a South Korean flick) isn't it? And any similarities noticed in the recent Kajol and Ajay Devgan starrer U Me Aur Hum and the Jame Farner, Gena Rowlands and Rachel McAdams Notebook? And we have not even left Marry Poppins alone this year as Thoda Pyar Thoda Magic came on a similar story line.

But lets take a sneak peek into the crystal ball and look towards the future to see what more inspirations or should we say copies are coming up..... 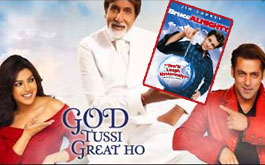 The promos, the look and the whole feel of Salman Khan's next film God Tussi Great Ho seemed to give a deja vu feeling and remind one of Jim Carey's Bruce Almighty. An angry man at the end of a bad day, Salman Khan will be seen screaming at God (Amitabh Bachchan) and question God on the injustice he is facing. Priyanka Chopra playing his lady love will be seen in a character similar to Jennifer Aniston. Now will Salman's acting match the immense caliber of Jim Carry - we will have to wait and watch....But till then atleast Salman and all of us can really say Hollywood Tussi Great Ho - itne ideas joh diye hume! 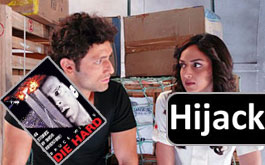 The upcoming Esha Deol and Shiney Ahuja film Hijack seems to be resemble the popular Hollywood flick Die Hard. The subject of terrorism is tackled in this film which promises to have an action packed and gripping plot line similar to Die Hard. And yet the director keeps on claiming that the film is inspired from Die Hard and not a copy. Now exactly what is the difference between inspiration and copying for Bollywood is yet another question! Maybe its like saying on an exam instead of copying 100% I just copied 90% from my neighbor. What say? 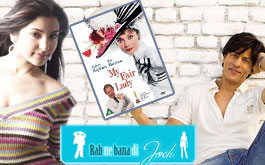 Just when you thought that the brilliant mind of Aditya Chopra will come up with a unique and original concept for his come back as a director, you are proved wrong! The Srk and Anushka Sharma starrer Rab Ne Bana Di Jodi is said to be inspired from the cult English classic My Fair Lady, which besides being a Hollywood film was also originally a Shakespearean play. Whether its a good copy or a bad copy, only time will tell but for now we can say Rab Ne Bana Di Copy, kyun Aditya?

Popular films like Wedding Crashers are already being discussed for Bollywood remakes as Nikhil Advani is in talks with Warner Brothers to remake the popular film. At least this time a director is officially discussing with the owners because other times we wonder whether our film makers ever even take the courtesy of informing their American counterparts about their so called inspirations. And we wonder when will the day come when Bollywood makes such a film that Hollywood wishes to get inspiration from?

Discuss: Share your opinion with us on whether you think Bollywood is plagiarizing or are we just using Hollywood films as an inspiration? Do you prefer the Bollywood version or the original English version of the film? Share with us here at India-Forums....