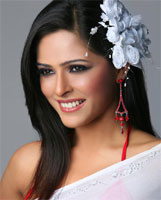 The character of Bindiya essayed by Madhurimma Tuli in Zee's Shree has been appreciated by one and all, and this has prompted the producers and channel to extend her role in the show.

"Things are yet to be confirmed, but her character of Bindiya has garnered lot of appreciation", says a source from the production house.

"Yes talks are on to take the story forward. The creative team is thinking hard to shape her role in the show. Initially it was decided that she would be there for 20-25 episodes only, but there are chances of an extension now", adds the source.

Elaborating on the story line our khabroo quips, "Slowly Bindiya and Hari's relationship will hurt the eyes of Shree's father. There are some incidents in the show which make him think what is going on. The real identity of Kangana will not be disclosed soon".

So let's see whether Madhurimma gets to show case her talent more in the show or not!! 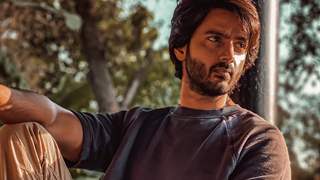 I am almost as calm and composed as him: Dhruv Bhandari on his ... 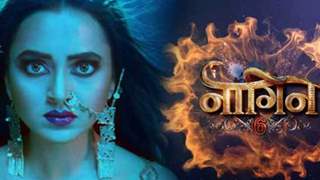 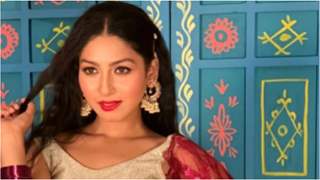 + 6
13 years ago So there will be like two of them betweeen HAri and Shree..one Kangna and one bindiya.

+ 3
13 years ago love this show but i dont wanne 3 person in Hari and Shree''s live both look cute toghter:) love the show the most:)

+ 5
13 years ago I don''t want a third person between Hari & Shree, she is already causing problems. How long can the story go on like this....the sooner she leaves, the better....she is soo annoying...

This is not gd news....but thanx anyway.

13 years ago no not gud!!! i hate seeing another person between shree and hari. they should keep her on the show but as something else. i don''t like this....it''s gonna go on foreva, and then the spirit Kangana will enter and that''ll take even longer.

13 years ago it is not the good news, i don want a third person b/w hari and shree.

13 years ago thanks but hopefully not. the sooner she leaves the sooner the story will move forward.

14 years ago what kind of English is this written in? Its not worth the time to try and decipher what the writer means.