Today there are so many career options for Television actors that even big stars are now jealous of them. All the big names from SRK to Ajay Devgan are now hosting or judging shows on various channels.

Our Television actors are very intelligent and they know when and how to change careers, as they have got few offers as well, from various quarters. Few organizations that have come forward with their offers for Television actors and promised them great money in return are here... 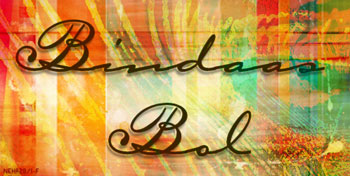 United Nation Water Campaign: Recently UN has approached Television actors to start harvesting the tears they shed in the shows. This way they can increase the water level which is decreasing, with every passing day. The idea is that the gallons of tears shed on various sets by the female protagonists, in particular can be stored and utilized for various other needs! It is also heard that the Production House that does not follow this rule will be fined heavily!

Remarriage Bureau: The Bill passed in the Parliament recently is that the Television shows have been granted full rights in promoting the Remarriage Act in the country. The storylines in serials that show protagonists marrying not once, not twice but umpteen number of times, with no bar on age is actually a good concept. The Government now plans to call all producers and actors at Delhi to felicitate them for their unprecedented support towards the cause of promoting remarriage.

Earth Quake Proof Buildings: It is known that the biggest industrialists have approached big stars like Mihir, Om, Sumeet and many others who stand tall in the serials, in protecting their better halves as they face the vamps and villains and fight against them. Well, when these actors can offer to be the “Pillar of Support’ for their wives, why not get tips from the super heroes on how to make ‘Pillars of Strength’ in Buildings? This is exactly the idea running in the mind of builders and it is heard that these actors will soon come out with commercials where they promote such ‘Mazboot’ buildings..

Spreading Awareness against Mosquitoes: Recently various Municipal authorities of big metros have passed on their appreciation to the television industry for spreading awareness against their fight against mosquitoes. We all know that mosquitoes can spread life threatening diseases such as Dengue, Malaria and etc and here is where the vamps of Television shows help great deal by sporting saris made of mosquito nets and creating awareness among masses to keep away from mosquitoes!!

CBI to hire Bahus: The most shocking offer has come from the Intelligence Agencies all over, including CBI. They want to hire Parvati, Tulsi, Saloni and many others as their special agents. The way these protagonists have defeated their hardest of enemies with ease and with their detective skills, has impressed one and all and now they are soon going to take the help of these actresses who will give tips to the secret agents and explain to them the various ways in which they can zero down on the criminal.

Supporting Doctors and Plastic Surgeons: With the amount of plastic surgery and makeover taking place in daily soaps, all the biggest SPA and Doctors association want to felicitate the Producers. They are experiencing 10 times influx in their business, and they are not shying away to give all the credit to daily shows and their makers.

Support to Orphanage: This is the noblest cause where Television is promoting adoptions in a good way wherein they have depicted adopted kids being so very sincere and diligent as in the case of Karan in Kyunki and Krishna in Kahaani Ghar Ghar Ki. This has brought about enlightenment in the minds of people who now trust the adopted child more than their own kids, all thanks to Ansh. Even Brad Pitt, Madonna and various Hollywood biggies are said to have been inspired by these daily soaps!! A great noble achievement indeed!

Yoga Instructor Associations: Recently one of the biggest Yoga Instructor of India and abroad invited all the dancing stars of small screen for their unprecedented support to yoga, encouraging people to lead healthy life. Whether they act in their shows or not, you can always find them dancing in some concert or reality show or during some festival such as Holi! This way they are spreading the message of Healthy Life! Although one part of the Association, notably the dancers held a demonstration against them as they feel the threat of losing their jobs to these talents actors!!

As you all must have guessed by now, these are all twisted realities of Daily shows and manipulations of our minds! So please do excuse us and don’t forget to say…Bura Na Mano Holi Hai!!!

+ 2
12 years ago Ur article is amazing as u r Nishta darling...totally agree with u... & hats off to ur mindboggling thoughts & presentation... u need a big applause for it.. *Claps*

14 years ago hahahah gud one!
after de last one...i knew dis was a joke :D
lol CBI Bahus...dat was classic!

Happy Holi to every1!

+ 2
14 years ago lol hilarious article, hatts off to the author.