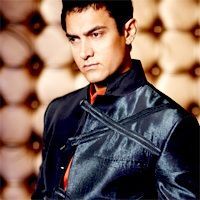 Bhagirath Manjhi and Basanti Devi, son and daughter-in-law of a man who single-handedly carved out a road by cutting through a hill in Bihar, are living in abject poverty. They now hope actor Aamir Khan, who visited their village for his TV show on Star Plus "Satyamev Jayate", will tell the world the real story of their lives.

Both Bhagirath and Basanti are disabled and live in penury at Dasrathnagar Dalit tola near Gahlaur in Gaya district, about 100 km from state capital Patna.

"I heard that a hero is coming to our village soon. We will tell him the real story of our lives full of misery," Bhagirath said in Magahi, a local dialect, in reference to Aamir Khan's proposed visit to see the road and meet the villagers.

Dasrath Manjhi had single-handedly carved out a 360 feet long, 30 feet high and 30 feet wide passage by cutting through a hill near Gahlaur with a hammer and chisel, working day and night. He died in 2007 after a battle with cancer.

The hill was between Attari and Wazirgunj blocks in Gaya district. Thanks to Manjhi, the village blocks have been brought closer. Manjhi began his uphill work when his wife was injured and he had to go around the mountains to reach the nearest hospital.

Basanti, who said she was proud to be the daughter-in-law of Dasrath - popularly known as "Mountain Man" - said she will request Aamir Khan to telecast their real story to the world.

"We have been left in the lurch, ignored by politicians and officials despite repeated assurances to help us," she said.

"We have been neglected by the state government and the district administration. No one has helped us to ensure a better life for us."

What pains her is that she and her husband beg for money for an annual ritual in memory of Dasrath.

Bhagirath and Basanti work in the village primary school as cooks for preparing the mid-day meal for children. Both of them are paid Rs.1,000 a month.

Aamir Khan reportedly said he will visit Dasrathnagar to dedicate this season's first episode of "Satyamev Jayate" to Dasrath Manjhi. The episode, set for telecast March 2, will be dedicated to a man who made the impossible possible with his hard work and dedication.

nikki.171 6 years ago Thats is an amazing job ! I do wish the family gets the respect and help they deserve.

HayemeraSarun 6 years ago WOW...great work Aamir Sir...my father was just talking about this man 2 days ago...he said that Dasrath worked almost for 22 years single-handedly to cut the rocks reducing the distance by 40 km, only for his wife...good work Aamir sir

Rimsie. 9 years ago i hope that...there is already too much of bollywood in IPL! IPL is gonan become a joke pretty soon!!

Shreyacool 9 years ago Salman & Katrina are my all time favourites:)

imagine-addict 9 years ago glamour co-efficient...wth is that? I think you mean glamour quotient. Seriously who edits these articles?

sana.samir 9 years ago Yay! How exciting

can't wait for the video

Aditya Chopra Pens a Heartfelt Note on '50 years of Yash Raj ...
59 minutes ago