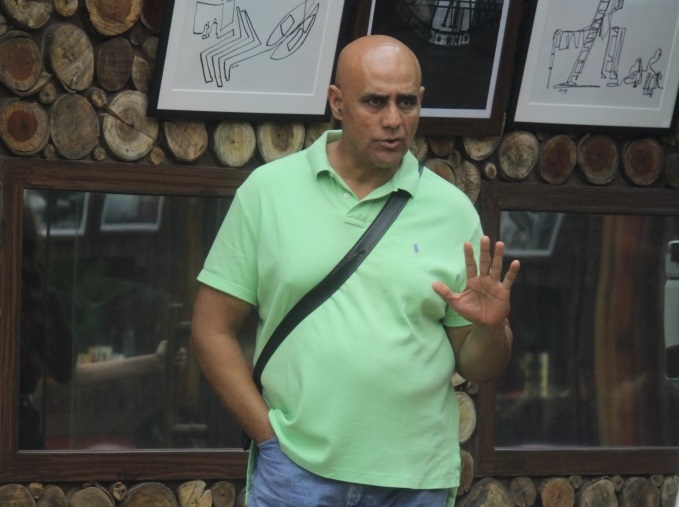 Ever since singer Ali Quli Mirza has made his wild card entry in Colors' popular reality show Bigg Boss 8, the contestants of the house are not happy because of his dictatorship over the contestants.

Puneet really did not like the way Ali is trying to pressurize the contestants with more punishment after they don't follow his orders.

We heard that, "While talking to Karishma Tanna, Puneet Issar said that he doesn't understand Ali's behavior and he should not dominate the house and misbehave with the contestants like this. He then also added that Ali is like the male version of the Ex-Bigg Boss contestants Dolly Bindra who was known for her aggressive nature in the house. Karishma did agree with Puneet's words.

Further we also heard that, "Puneet also told that Ali will face a lot of issues in the house after his captaincy will end and he also called him 'Gandi naali ka keeda.' He also said that if Ali will further punish anybody then he won't tolerate it and ask Ali to back off along with all the other contestants saying Hum sab ek taraf aur who ek taraf. Hum game khelne aaye hai, aisi gadha-panti karne nahi."

We wonder what will Puneet do to Ali after his captaincy will come to an end!