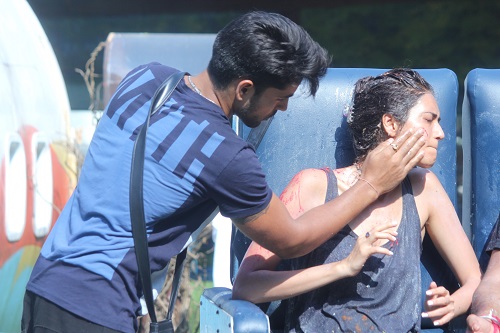 Ever since the tasks have begun in Colors' popular reality show Bigg Boss 8, a high voltage drama and differences amongst the contestants is piling up in the house.

We heard from our source that, "Soni and Sukirti will wax Upen Patel's thighs and shave Arya Babbar's legs. Gautam will apply Zandu Balm over Sushant's face so that they will leave their seats and lose the task."

Which team do you think will win the task folks?