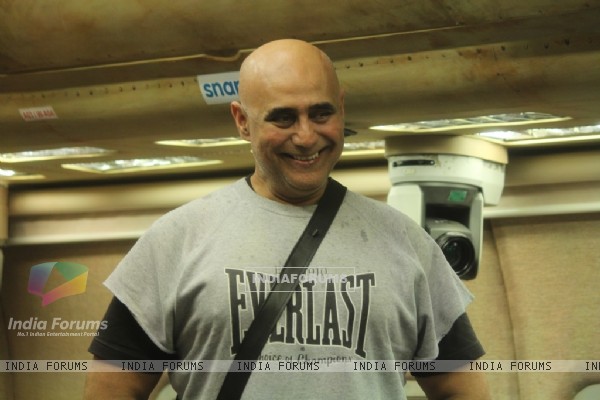 Bigg Boss 8 on Colors is not leaving a stone unturned to showcase a high intense drama in the house as Puneet's eviction will be the biggest one so far.

Yes! Puneet Issar will be shown the doors by the Bigg Boss for his outrageous violence. As known Bigg Boss is known for all the controversies and spats, but this time Puneet crossed the limit as he failed to comply with the norms of the house.

Bigg Boss will ask Puneet to leave the house as during the task Puneet lost his cool and got indulged into a fight with Arya Babbar. So after the task, Bigg Boss will tell the inmates that Puneet has failed to comply with the rules of the house and is eligible for the punishment. Puneet's sudden exit will shock all the contestants.

Will this punishment teach a lesson to the contestants?

telly_buff 6 years ago I think arya should be thrown out of the house for not entertaining anybody and not puneet..Big boss gotta change the rules and throw arya out for complaining against puneet..He acted like a total jerk:)

sang13 6 years ago bigg boss=big loser.Arya and ali were seen discussing that they hurt gautam intentionally during the captain task for upen..bb turned blind eye. nd puneet is evicted as he raised voice against bb in an earlier episode

.Intoxicated. 6 years ago this season of bigg boss will hardly complete 90 days...

VS-Cool 6 years ago Wonderful news. BB be nonpartial & dont bring him back now. Give justice to pooja mishra's eviction of season 5.

g00800 6 years ago Great news he is ousted out. He was the gossip queen, always bitching about people. I hope he never comes back and not placed in any secret room as he was last Saturday. No favouritism Bigg Boss. He should be out.

killer_vivian 6 years ago Accha hua he was the gossip queen of the house..yesterday I know karishma was bit selfish but when he said she the indian no 1 vamp I feel like slapping him..buddhha kahi ka..aur uske kehta yeh meri beti ki tarah..hai..gautam bahuth bhi bahuth harami hai usko bhi nikalo nautanki kahi ka

Arnav90 6 years ago Awesom
He was the real gossip queen of house, He bitched abt every single person of house

In every damn task he was violent

veenisha 6 years ago If he is shown the door then why not diandra???????

iceman7 6 years ago Good job. He deserved it. I hope that they bring a good wild card like Imam who should take the season away like a storm.

Awesome_cool 6 years ago Seems like only person who initiates some fights is gone..Now who is gonna put oil,ghee to fire... I am desperate to see a cat fight in this season..Ali please start your idaar ki udaar job..