One of the most anticipated contestants of this season is Sajid Khan and until the last moment, there was a curiosity as to will Sajid Khan really enter the show as contestant. And keeping all speculations to rest, Sajid entered the show and announced himself to be one the contestants of the show. Salman stated that he can’t believe that Sajid is being a part of the show, Sajid replied that he can’t believe either.

In a chat with Salman, Sajid stated that he believes that success is the reason of his downfall. He said, “We’ve often heard of failure being a reason of a persons’ downfall, but in my case it’s the success that’s prominently responsible for my downfall”. Sajid went ahead to state that God, in his own ways tried to make him humble as he gave a couple of flops and while he was working religiously on a script, he was kicked out of the film over-night.

While Salman wished him luck for the show, Sajid received a special message from Shehnaaz Gill who’s set to be a part of his upcoming movie ‘100%’ alongside John Abraham and Nora Fatehi. Shehnaaz asked Sajid to let lose in the house and give everyone a glimpse of his entertaining personality. Sajid was seen being overwhelmed with message.

Sajid entered the show with swag but contestants found it difficult to accept that Sajid Khan is a contestant on the show. 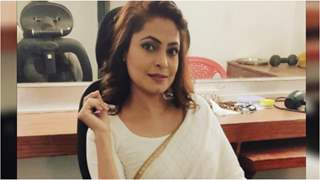 + 2
2 months ago How can she just for sake of getting work support sajid khan?kuch bhi for work??

+ 2
2 months ago I didn't expect this from shehnaaz...may all the girls be safe inside the house:(