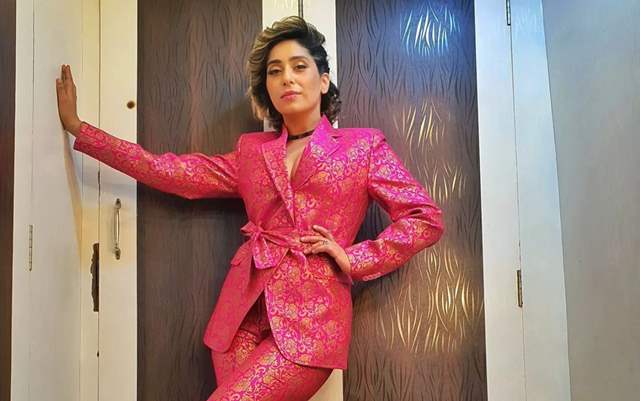 Bigg Boss 15 will witness Neha Bhasin make an entry into the house in tonight's episode and the reactions are quite a mix. India Forums got in touch with Neha and spoke to her about how excited she is about the game, what she thinks about the game of other contestants including Nishant Bhat, Shamita Shetty, and Pratik Sehajpal, among other things. Read the conversation here.

How excited are you to enter the house?

I am happy that I am going back, I never thought I'd miss it so much. I manifested going back and it's been good, I came out, I did some work, I relaxed a bit, spent time with my family, I've written a few songs, so I made use of my time well. I saw what's happening, what's not happening, so I'm excited. I am more excited this time because I've played it once, I feel like 'manjha hua khiladi'. (Laughs)

Things are different this time around, because you are a wild card entrant and you've seen the show. What do you have to say about that?

I mean of course, it is a very different concept, it is not OTT, there are not connections, the people here are more from the TV background and they have more exposure and a lot of people in OTT were like me. I think OTT thrived a lot on emotions and this time it's about aggression and mind games, and stuff like that. I think the main difference that I feel and a lot of people are saying too is that OTT had more emotions but they are less here. You see a little of it in the OTT gang - Shamita, Nishant, Pratik, because you have a sense of nostalgia also. By the 5th week, we were all into each other and those bonds are missing in the house. Even if you are fighting, you do it with all your heart. In the Bigg Boss house, it's do or die, there's no midway ground. They are only aggressive, and this house is not about that, as Salman sir said, this game is about relationships and emotions. I think Raqesh and I will add an emotional aspect to the show. Shamita has been missing me a lot so now we'll be back in the show.

What do you think about the game of Nishant, Shamita and Pratik?

I think Shamita is playing for herself, so is Pratik. I think this is the only time I felt that Nishant, for the first time, is not completely playing for himself. He was so different in OTT, he was the mastermind of the house. He is protecting Pratik, he was confused initially, now he is protective about Pratik too. These three come together when the house is against someone, but otherwise they are not playing together. They have this emotional connect with each other that they come together. So we'll see inside what works, solo game works of being together works better. But you definitely need allies in the house, you need a support system.

The dynamics could be very different this time. I am also going inside for myself, my job is not to be Pratik's babysitter, so I will not be one this time. He is a grown man, he can play his own game. Maybe you see very different dynamics this time. I was the glowing point for a lot of people and I don't know if I want that now.

A different Bigg Boss has been going on for you outside the house, how taxing does it get for you?

The first thing that I felt when I came out was a lot of sadness, because whatever it is, I never did anyone bad inside the house. Despite that I have been trolled so much. You have a problem with something, you say that, but to label me a certain way, to character assassinate me. If someone's moral value does not match with mine, it doesn't mean that you'll forget everything else I've done in the show. I got nominated for Nishant and Moose to save his and Pratik's friendship, in the end I was still blamed for breaking their friendship. The fact is that Nishant and Pratik weren't his friends after a point of time, but I was, and I sacrificed my game for him and that is why I am not in the Bigg Boss 15 house, he is and people cannot see that. Just to glorify a man and put down a woman, you can go to such extents, it is what is witch hunting is, showing women in a wrong light. My point is I am sorry I stand against this culture. If everyone's protecting themselves then I will protect myself. People might be like why is she giving it so much importance but its because this is my life, and it's my heart. I have always played with my heart. To message me that don't go in BB 15, who are you to tell me. If you are so scared that his game is lame, then you should not idolize him. That means you are scared that he doesn't have a game. I mean this surprises me, they need to get their heads out of their asses and think about it.

Lastly, there's a lot of violence this season, and partiality too, from what everyone keep saying. What do you feel about it?

I don't know about the partiality but the surprising bit is no one is raising their voices. When housemates raise a voice, they take a call. When Karan pinned Pratik, I was shock, I couldn't believe my eyes and I still got trolled for talking about it. I was surprised that how was it okay, I don't know why are the housemates not speaking. I am surprised. I am against personal violence, and I am also very scared of it. I broke my leg even in the first season, but there wasn't any aggression as such. There is too much testosterone in this show, bring in some estrogen and bring in some emotions, I said the same thing in the panel discussion as well. 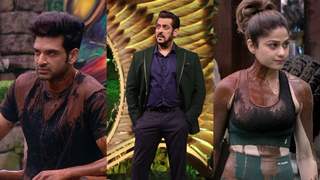 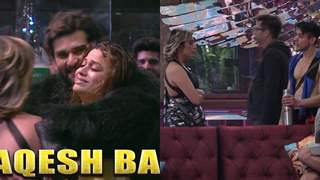 2 months ago Yes both (raquesh) of u will add emotional aspect for SHAMITA in the show. And you are going there only for shamita. You are delusional if u think u r going there for yourself. You are going so that she gets more power, and she looks strong. This is her third time doing big boss so makers are doing everything to make her strong! If shamita wasn’t in the house then makers wouldNOT have called u. FACT

2 months ago You will add nothing but stupidity in this show! You ruined Pratik’s game on ott.. I hope he will stay away from you