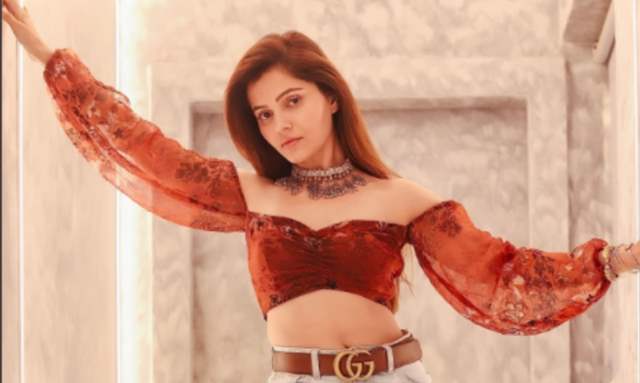 Bigg Boss 14 winner Rubina Dilaik has constantly been in the news ever since she made it out of the show and the actress has been a part of multiple projects since. Rubina is currently seen in Shakti...Astitva Ke Ehsaas Kii and has also done two music videos, both of which did extremely well with the fans. She did her first post the show with husband Abhinav Shukla and later, one with Paras Chhabra.

And while she has been super active on social media, her recent post seems to have had the attention of her fans as well as she mentioned how someone is trying to hack into her account. Rubina wrote, ''Someone is trying to login to my Instagram Account, and the location is Delhi! Get a life and use your energy on the crisis the Nation is going through.''

Meanwhile, there have been reports that Rubina and Abhinav may be doing a project soon as during a live session, Shukla answered to a fan asking about when will they come back together. While that has fans excited, there were also reports about Rubina being a part of Khatron Ke Khiladi season 11, however, the actress seems to have other plans for now and we may see her on the show some time later.