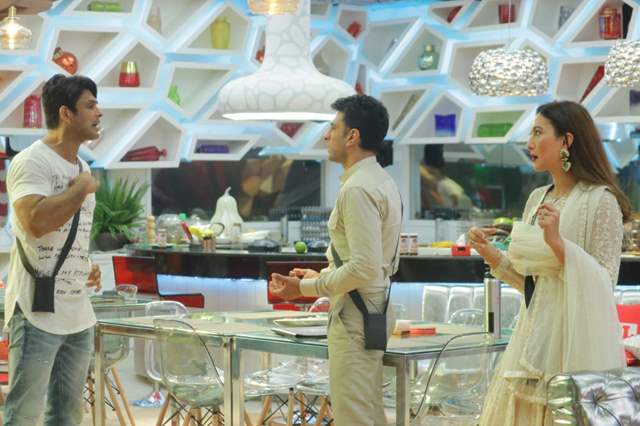 One of the most interesting things about Bigg Boss are the tasks because they are full of fun and all things interesting. As the 'Freshers' have been given another task, it will see them stand up against the 'seniors,' also paving a rather emotional picture in the house tonight.

After the housemates wake up to the tunes of ‘Kya karu oh ladies mein hu aadat se majboor’, the first nominations task of the season is announced. It is read out by Pavitra Punia, and is called The Jewel Thief, where the freshers are supposed to impress the seniors and win pieces of jewelry from them. The one who manages to get the maximum number of pieces will be safe for the week. Soon,  Sidharth Shukla, Gauahar Khan and Hina Khan begin instructing their respective teams.

While honesty is the policy for team Gauahar and Hina, Sidharth seems to have his own rules to play with his team, that includes- Nikki Tamboli, Rubina Dilaik, Pavitra Punia, and Sara Gurpal. They start of the game with team Sidharth launching an attack to get hold of the jewelry even before the other two teams settle in.

While Hina Khan chooses to ignore his action, Gauahar is rather upset and calls out 'tabahi' while Sidharth maintains his stance on the strategy they are playing with. This ends up in an argument, while Eijaz Khan seems to be having trouble with the dishes, as he asks housemates to watch their cups and plates while also hitting out at Sidharth for the task that they just did.

None the less, Rahul Vaidya and Pavitra share their own sweet moments while the latter hands out some cooking tips to the former. Soon, he goes on to add how he likes a girl to cook for him.

Who will win the nominations challenge this time? Will Sidharth be proven right with his bold strategy?

Sunny Leone confesses of being bullied as a kid; Shares advice to ...