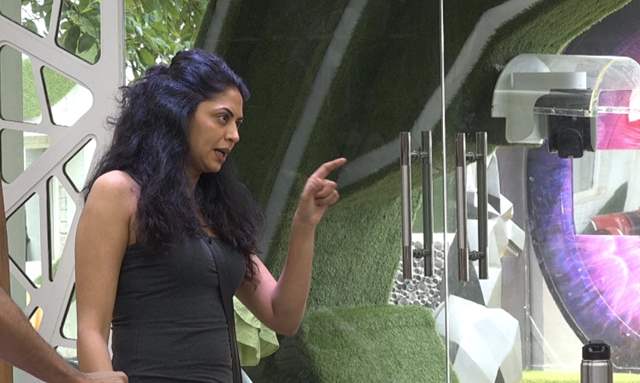 Bigg Boss 14 has been keeping the audiences entertained and the constant twists and turns are something that has fans interested thoroughly. We saw Kavita Kaushik become the new captain in the house while Eijaz Khan goes on to advise her to be strict from the start so that others don't take her light.

On her very first day, she is found instructing the housemates as to what are the rules of the house and what happens if people are found not following them. Shardul Pandit happens to be the first contestant to get into trouble as he follows Pavitra Punia's instruction instead of what has been decided upon. Kavita flares up and warns Shardul to not break any rules. She very sternly asks him not to act like Bigg Boss. Kavita also pulls up Pavitra giving rise to a massive argument.

While Kavita is the captain, Pavitra goes on to remind her how she has just entered the house and cannot boss around. Meanwhile, Shardul is seen flirting with Pavitra and tells her how she must only flirt with him. He also plays a cupid between Jaan-Nikki and Naina- Rahul. He tries to patch them up and plays a perfect love guru.

Up ahead, the nominations take over and contestants nominate the housemates they think does not deserve to stay in the house. It eventually leads to multiple clashes among them. Rahul nominates Jaan and the two have an epic clash afterward as Rahul questions Jaan’s talent. Rahul also nominates Rubina because he feels that she has a lot of negativity within her. Rubina and Nishant nominate Nikki, who in turn nominates Nishant.