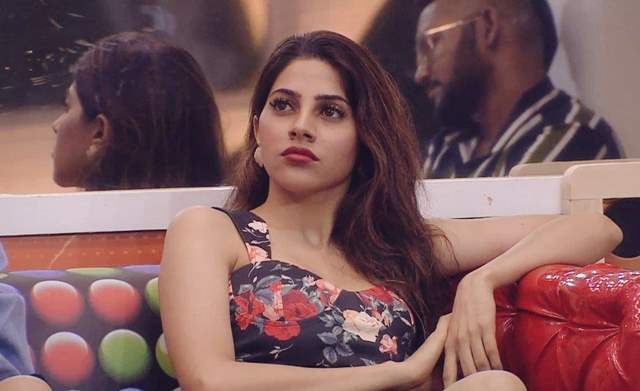 Nikki Tamboli has been garnering a lot of love for her game inside the Bigg Boss 14 house, however, she seems to be having a rather difficult time as she has become the target of the likes of Rakhi Sawant, Arshi Khan, and Kashmera Shah. She has been getting into various fights in the house, and also went on to say how she wishes to quit the show now.

Recently, in a conversation with SpotboyE, her mother, Pramila Tamboli, spoke about the same and added how one can fathom just how much she is broken because of the behaviour towards her and she felt bad when she saw her like that. She also went on to reveal how people asked her if she is actually quitting the show and that she must not do it.

Nikki's mother added how her fight with Kashmera during the captaincy task also saw her being cornered and how her behaviour of biting her, slapping her, was not acceptable and how Rubina held her when she was about to fall down. She also added how Rakhi abusing her was the worst part and she felt like she (Nikki) was treated like a caged animal with people entertaining themselves by mistreating her.

She also expressed her disgust at the language Rakhi used and recalled the promo when she was seen telling her 'Mardo ko kone mein le jaakar baithti hai chugalkhor', and it was vulgar. She also added, ''At least she should respect the viewers who are watching the show with their families. Nikki has a lot of fan following amongst kids and if they see such a thing and ask their parents how would they explain what did she mean? Rakhi went on to throw a chair on her. I don't know what limits she is going to cross.''

Nikki has found a lot of support online as well, especially after the recent turn of events and continues to receive a lot of love from fans!

2 months ago Oh, Nikki has a lot of fan following amongst kids. Respected Nikki's mom, do you even remember how Nikki behaved with everyone in starting especially Jaan? That's called Karma.