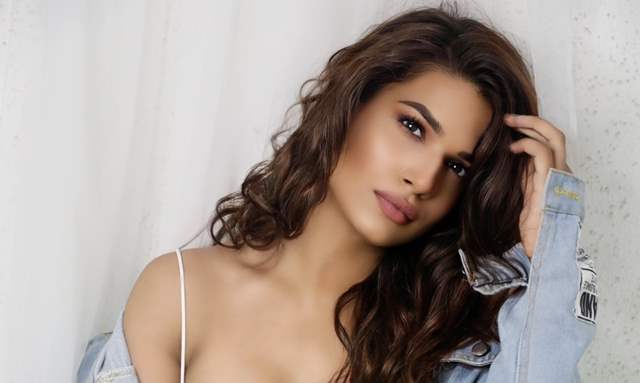 Bigg Boss 14 has been a constant talk of the town and while there seems to be a lot of buzz around the contestants, it was only a matter of time that Naina Singh, the newest entrant in the house, managed to take over those already inside. While she has successfully managed to establish quite the place inside, she is still someone who believes that she is emotional, wants to steer clear of drama, and play her game.

We got in touch with her before she entered the house, and here are some excerpts from the interview.

What do you feel about this season? After looking at it, do you have any strategies?

I think everything that has been happening is an extended season of Bigg Boss 13, but the tagline of the season is something that I will change and it is for me.

What is your current relationship status, are you willing to a love angle inside the house?

I have been single for a long time now, current, past, and whenever. When I did not do anything in Splitsvilla, which was supposed to be a couples show, I did not say that I want a boyfriend or express my feelings, going by the person I am, for who love doesn't come very easily to me. I need time to say I love, and by that time, Bigg Boss is going to get over. I don't want to get stuck into it because a lot of people get into the house with the strategy of starting a love angle, and I am very emotional, so I don't want to get caught up in that. I don't want to get myself involved in such a thing where I get affected or my game is affected.

Are you someone who is okay with doing household chores?

Everyone knows household chores post the lockdown, everyone saying that they don't know this, they don't know that, it is plain drama because I believe that earlier, they didn't know, but in 6 months, people do know work. I stay with my mother, I do all the work at home and other chores as well. However, in the Bigg Boss house, I will only do the work that I want to do. I am always a helping hand, but if someone tries to double play me, then they need to know that I am Naina Singh.

If there had to be a reason you don't get along with someone, what would that be?

I don't like drama, of all these years that I have been a part of the industry, I have been the same and I don't think I have changed so I believe that people should not fake their personalities or create unnecessary drama because it does not work in the long term. For me, that is the problem and I will not connect with someone who does that, although there are two kinds, one is for fun, that of Shehnaaz, and the other is that which is annoying, and I can't deal with that.

Are you a wild card contestant or is this what the format of the show has been?

Sidharth will be leaving the house once you enter, does it make you feel sad?

We also got to know more about the contestants in a rapid-fire of sorts with the actress, excerpts from which are here!

As a viewer also, there is no interesting personality, fighting and talking at the top of your voice is not what makes it interesting. So, no one has come out as an interesting contestant yet. I feel Jaan needs to buck up his game if he wants to stay. Pavitra Punia is dominating in the house.

I would like to be friends with everyone and I will try to do so, fights and arguments happen during the task, but it is later that I will come to know who genuinely want to become friends. Right now, we are going to be treated differently cause we are entering so late, but I will give it back if someone tells me you are coming after 14 days.''

Are you enjoying her in the show?