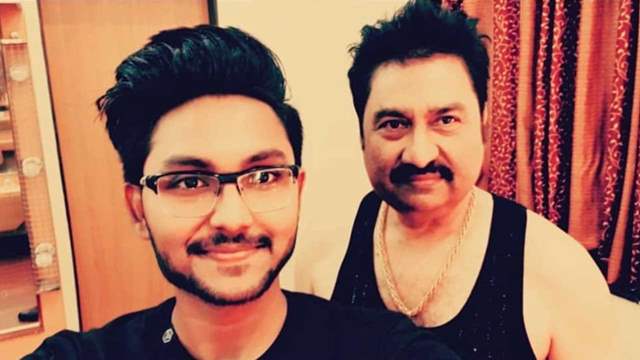 Jaan Kumar Sanu came into the limelight as soon as he entered Colors' popular reality shows Bigg Boss 14.  Recently, he got eliminated from the show and his relationship with his father Kumar Sanu was also talk, both inside as well as outside the house.

After getting out of the show, Jaan Kumar Sanu levied some serious allegations on his father, how he did nothing for him or his mother, which is why his dad shouldn't comment on his upbringing.

Talking to leading portal, Kumar Sanu revealed that he never said a word regarding Jaan Sanu's upbringing. He mentioned that, "I had said, 'Nalayak baatein nahi karna chahiye.' 'Nalayak baatein', maine usko nalayak nahi bola. The other thing is that staying in Maharashtra, it's necessary to respect Maharashtirans, and that lesson should've been taught to him."

Jaan even said that his father has done nothing other than give him his name and, he is very hurt by the statement. Jaan was very small when Kumar Sanu and his wife got divorced. He had given everything to Jaan's mother, whatever she had demanded through the court, along with the Aashiqui bungalow. Also, Jaan used to meet him even before entering Bigg Boss, he had met him and spoke to him at length. Kumar Sanu wasn't in favour of him going on the show since the beginning, but it was his choice, he's a big fan of the show, auditioned for it, and went.

Further, Kumar Sanu revealed that Jaan had also met Mahesh Bhatt and Ramesh Taurani for work but if they give him work or not, it's up to them as that's completely on his talent.

Kumar Sanu was infected with Covid 19 and he revealed how nobody asked him about his health. He further added that love can't be one-sided, stating, 'ek haath se taali nahi bajti'.

BB 14: Kumar Sanu takes his comments back made against his ex-wife

priya185 1 months ago From the sound of it Kumar Sanu does not seem like a good father. It is not fair for him to offer no emotional/ financial support for his own son’s upbringing that does not mean he had to launch him but at least care for him