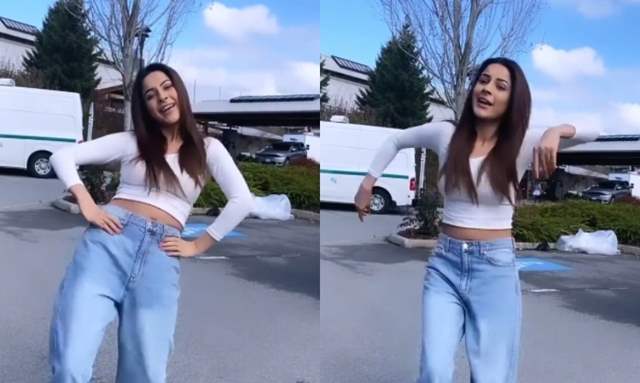 Bigg Boss 13 Shehnaaz Gill has been in the news for the longest time now and she has managed to win the hearts of her fans with her videos, posts, and so much more. Currently, Shehnaaz is in Canada where she is shooting for her Punjabi film with Diljit Dosanjh, and it was a while ago that we got the chance to see the first glimpse of her with the actor.

And while she is away, she has also been sharing photos and videos, keeping her fans updated with what has she been doing there. Today, the video that has taken over the internet is her dancing to 'Vilayati Sharaab' sung by Darshan Raval and Neeti Mohan. She is seen wearing a white crop with blue denims, and has her fans going gaga over her all over again!

Check out the video please:

Apart from her Punjabi film, fans have also been waiting for her music video with Sidharth Shukla, which was shot earlier this year. However, due to their busy schedules, they have not been able to finish the remaining shoots, and are hoping for it to release at the soonest once they are done.