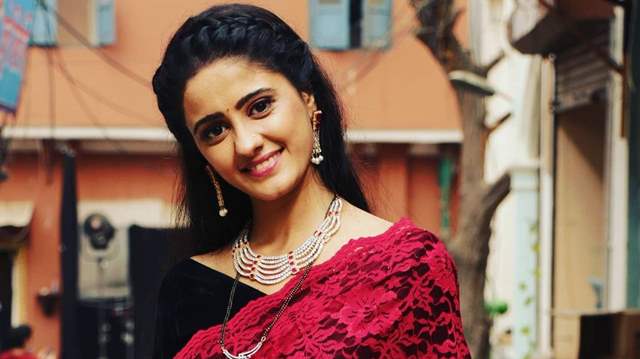 Star Plus show Ghum Hai Kisi Ke Pyaar Meiin has made a special place in the viewers’ hearts and minds.

The show is getting all the love from the audience. The viewers are completely in the awe of the lead couple of the show Virat and Sai played by actors Neil Bhatt and Ayesha Singh. They also admire Pakhi’s character played by Aishwarya Sharma.

The current track of the show revolves around Virat being jealous of Sai who praises her friend Ajinkya’s dancing skills. Sai preps up for her competition in the college.

In the previous episode, Sai invited the family to the college function but they weren’t willing to attend the same and hence Sai challenged them that she will make them attend the function by hook or by crook.

In the upcoming episode, the audience will be in for an interesting performance by Sai. Sai and Ajinkya will perform together in the function. Sources have revealed that the performance has been shot in a grand manner. Well, Sai will also be successful in her challenge as the family unwillingly attends the college function.

It will be interesting to see what trick Sai uses to make the family go back on their words and attend the function. The audience will also see a lot of drama with twists and turns in the current track.

Ghum Hai Kisi Ke Pyaar Meiin is produced by Shaika Films and Cockcrow Entertainment. Apart from Neil, Aishwarya and Ayesha, the show has an eclectic mix of renowned actors like Kishori Shahane, Bharti Patil, Shailesh Datar, Sheetal Maulik among others.

2 months ago Today's episode is so funny. Ayesha play the funny parts so well.❤❤❤

2 months ago Ayesha is very good in today's episode. She is so cute and looking beautiful

2 months ago Ayesha Singh you were too good in today's episode. Great comic timing both Niel and Ayesha. Waiting for dance performances.

2 months ago So much fun the episodes are. Neilsha are doing a great job. Love them.

2 months ago But this was something really soothing and a fresh break from the regular ones, and all involved in this track are just fabulous at every point❤

+ 3
2 months ago The episodes without a certain someone has been so much fun and no stress kind of episodes. Great that the team had taken the whole trends against the violence shown in the episodes and worked on it. Special mention to Ayesha, Kishori Ji, Ninad, Omi, Neil and Sunny for making it so much fun..

2 months ago Sai joshi safe in ayesha's hand. Can't imagine anyone playing Sai. The innocence she brings in her character is applaudable

2 months ago More power to her