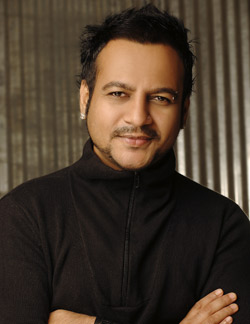 Celeb stylist Aalim is no amateur when it comes to styling Bollywood Stars as Salman Khan, Sanjay Dutt, Saif Ali Khan, Ranbir Kapoor, etc have been his loyal clients since years…but our source recently spotted the stylist stepping out of Pratiksha, Big B's bungalow the other morning!!

Has Aalim been prepping Amitabh Bachchan before he left for his world tour? When we approached Aalim outside the bungalow, he reluctantly confirmed, "Yes Amitabh sir called me in the morning for styling before he left for his World Tour….it was a great experience as always having worked for him in few of his previous films as well before...Amitji was very close to my father as well"….

What's more, we hear Aalim's late father Hakim was a regular stylist for Big B during his heydays…Amitabh Bachchan just could not trust anyone but Hakim Kairanvi and the late stylist had styled him right from Resham Aur Shera till his old age, and used to take him overseas as well!! Well from father to son, this must definitely be a most proud moment!
Featured Video