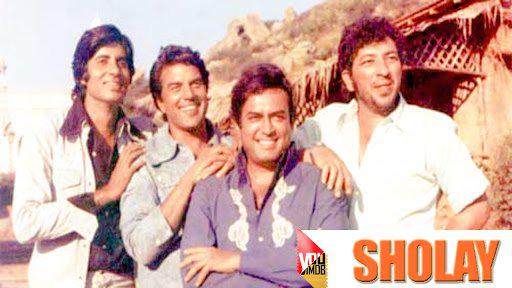 "Sholay" is turning 40 on this Independence Day and its actor Amitabh Bachchan is elated as the iconic film is still "reverberating within all film goers".

The Ramesh Sippy directorial is an action adventure Bollywood movie revolving around two petty thieves hired by a police officer to exact revenge on a ruthless bandit.

Sharing a few stills from the movie's sets on Twitter, Amitabh captioned them: "SHOLAY 40 years!"

He also tweeted an image of all time hit dialogues from the film.

"SHOLAY 40 years!! a lifetime gone by but still reverberating within all film goers!