Whilst many Bollywood stars have crossed the pond in the hopes of making their mark in Hollywood, none could make a bigger splash than superstar Amitabh Bachchan! You heard that right, AB himself all set to debut with his first main stream Hollywood movie - a big screen update on the literary classic, The Great Gatsby! 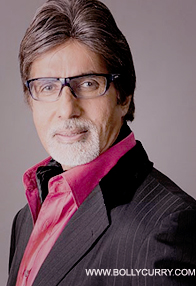 
For the uninitiated, The Great Gatsby follows struggling writer Nick Carraway, who chases the American Dream to New York City in the jazz and bootleg era of 1922. He lands next door to mysterious millionaire Jay Gatsby with his cousin Daisy and her philandering husband, Tom Buchanan, in tow. Inspired by their lifestyle, Carraway pens the captivating world of the super-rich and the desires, deceptions and deceits that binds them all.

Joining Bachchan and DiCaprio are Tobey Maguire (as Nick Carraway), Carey Mulligan and Joel Edgerton as the Buchanans, as well as stars like Isla Fisher, Jason Clarke and newcomer Elizabeth Debicki.

The film will be shot in Luhrmann's native, Austraila, and with superstar Amitabh Bachchan already ruling Bollywood, we have no doubt he will make just as great an impression overseas.

Here's wishing Mr. Bachchan all the very best in this venture, and that it soon makes it's way to the big screen!
Author: Nabila K.
Editor(s): Lola & Jenifer.
Graphics: Pooji.
9 Likes

On Return to TV, Ellen Addresses 'Toxic Workplace ...
17 minutes ago

Kaveri Priyam on Being Disappointed With 'Yeh Rishtey Hai ...
27 minutes ago