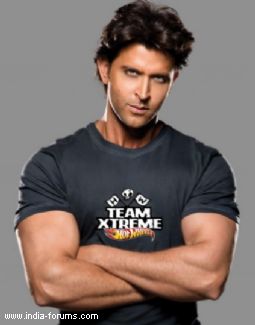 Kanika Tiwri, a 15-year-old girl from the City of Lakes, got a life-time opportunity when she was selected to play Bollywood star Hrithik Roshan's younger sister in the forthcoming film 'Agneepath(2012)'.

Kanika, who studies in Class 11 in the Sharda Vidya Mandir in Bhopal, was selected after the audition of 6,500 girls.

'Agneepath', a remake of Amitabh Bachchan starrer 1990 movie of the same name, is scheduled for a Jan 26 release.

'I used to take part in the cultural activities in school. I participated in a few dramas also. My grooming teacher Ravindra Mathur told me to take part in the audition of Dharma Production, which was searching for a young girl for Hrithik Roshan's younger sister role,' said Kanika.

She has almost an hour-long role in the movie and she will share screen space with Hrithik, Priyanka Chopra, Rishi Kapoor and Zarina Wahab.

Excited Kanika said: 'Zarina Wahab is my mother and Rishi Kapoor is the one who kidnaps me in the movie.'

The only connection Kanika has with showbiz is her cousin, television actress Divyaka Tripathi of 'Bano Mein Teri Dulhan' fame.

Sushant Singh Rajput case: NO clean chit given to Bollywood ...
13 minutes ago

Bigg Boss 14: Abhinav Shukla and Rubina Dilaik to be a part ...
49 minutes ago