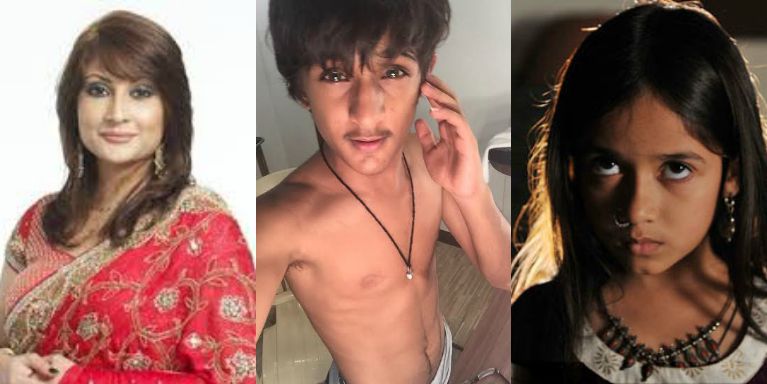 Code Red Talaah on Colors will soon roll out an interesting episodes which will surely horrify the audience as this time it will be scarier than ever.

As per our source, "Bhavesh Balchandani will be seen as a child who has been possessed by a very evil soul that has come back to take revenge of her death. It's a seven day special series of Code Red Talash where many popular faces of Television will be featured in the episodes. Jannat Zubair Rahmani and Urvashi Dholakia will be seen episodes and this special series will be hosted by Paridhi Sharma. The special episode will be based on the real stories of Mehandipur's Balaji Temple.

We got in touch with Bhavesh Balchandani to know about the same for which he said, "I am essaying the role of a child possessed by a ghost. Personally I am not scared of ghosts. I believe doing an episodic is quite convenient because it doesn't affects my studies and at the same time you get to meet many new people from the industry."

It will be thrilling to watch your favorite actors in horrifying roles, Isn't It?

+ 3
5 years ago really love Paridhi Sharma as a host, her voice really sweet and my baby girl always doin her best in everything she do, as an actress she is versatile and amazing as an host .. i will support whatever you do baby girl, if you finish with this new project please come back soon with an amazing new serial and character .. modern or historical none a problem for me as long as i can see your amazing versatile acting ... keep it up baby girl

5 years ago Paridhi Sharma, looking forward to the next episodes of # Code Red. You are doing a wonderful job in anchoring this program. Love your voice.

5 years ago Paridhi Sharma you are amazingly good at anchoring this Series. You are multitalented!

5 years ago Love you Paridhi sharma... As a host you are doing well. Hope to see you again a new show as a lead soon.

5 years ago Paridhi sharma.. You are doing well as host.