The dashing Mohit Malik plays the street-smart, mature son of Sindoora in Banoo Main Teri Dulhann. And as promised by Telly Buzz who first broke the news of his entry into Zee’s most popular serial, we spoke to the young lad who plays Bharat Singh aka BS in Dulhann who is also seen in Star One's Pari Hoon Main... 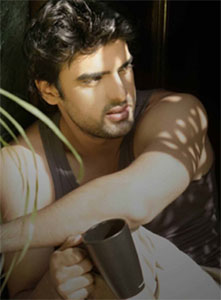 Featured Video
“Bharat has had a very bad past; he knows that his mom killed Vidya and Saagar, and he has seen the sufferings that his father Aniket had to go thro’ because of his mom. He now has one mission in life and that is to pay back in the same coin to his mom and then kill her”, quips Mohit. Adding more to Bharat’s character, Mohit says, “He hates women in general and cannot stand them. He is like a coconut, very stern from outside, but has a softer side hidden within”.

Mohit is happy that he has got an opportunity to portray this complex character. “Bharat is like Amitabh Bachchan in Trishul and I am really enjoying this role. He enters Sindoora’s life and keeps her unaware of the fact that he is her son”, says he.

Bharat will be shown as a rich and powerful guy and as Mohit states, “He has struggled a lot in life, has made money the wrong way just to get as powerful as his mother and then pull her down”. The actor will initially be shown matching Sindoora step to step in her political game and later getting closer to her.

When asked whether he understands that Saagar and Vidya are reborn, Mohit quips, “No, he does not know that in the beginning. But he will be shown visiting the Singh house as the story progresses. That will be a very emotional moment for Bharat as he gets nostalgic when he sees his house, his room and the places where he spent good time with his Mami Vidya and Saagar. It will be then that he comes face to face with Divya and Amar and will eventually get to know about the reincarnation”.

As always, Bharat will stand by Divya. “He will be a strong support system for Divya and will help Amar-Divya get closer”, concludes Mohit.

+ 5
14 years ago Cant wait to see the episode where Bharat meets Divya and Amar! :D

14 years ago Wish him all the best for this role!

+ 2
14 years ago hallelujah! I can't wait for when he goes back to the Singh Mansion :P