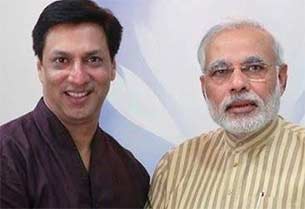 Filmmaker Madhur Bhandarkar expressed gratitude towards Narendra Modi, who will take oath as the country's new prime minister May 26, saying none of the leaders ever made their accountability so clear.

Modi was Tuesday elected leader of the BJP parliamentary party in the central hall of parliament, paving the way to his becoming the prime minister. He gave a long speech there after his elevation.

The filmmaker was amused with Modi's speech and took to Twitter: "An emotional speech by Narendra Modi saying he will present his report card to the nation. No Prime Minister has ever made his accountability so clear."