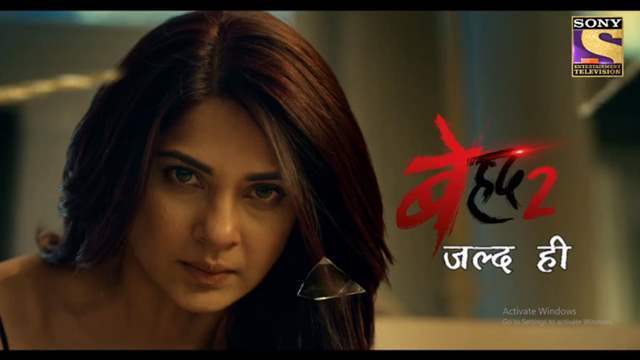 Sony TV’s popular romantic-thriller Beyhadh, which has kept the audience hooked throughout the first season is back with its second edition. Since the show went off-air, there were several reports about the second season and the new cast but nothing was confirmed. However, Producer Prateek Sharma recently announced the second season and dropped a few promos of Beyhadh 2.

Lead actress Jennifer Winget, who has reprised her role as Maya will play a vengeful anti-heroine in the show. The gorgeous actress has been prepping up for the show for quite some time now. Recently, the show’s director Vijay Maurya made a shocking revelation about the promos. He revealed that Jennifer’s nails almost broke while shooting for one of the scenes for the show’s promo. She was badly hurt during the shoot of one of the scenes where she had to scratch her nails on the floor.

Actor Shivin Narang and Bollywood fame Ashish Choudhary will play the male leads in Beyhadh 2. The show set to hit the screens from 2nd December 2019.

Was Jennifer Winget approached for Broken but Beautiful Season 3? The ...

Sushant Singh Rajput Death: Forensic team may have Missed a ...
12 minutes ago

Naagin 5: Surbhi Chandna to have twin sisters in Ekta ...
32 minutes ago

5 Reasons why the upcoming episode of Roadies Revolution ...
34 minutes ago

Breaking
Breaking After Erica Fernandes and Aamna Shariff, Parth Samthaan to ...
53 minutes ago

Riteish Deshmukh calls wife Genelia, "My Everything" as he ...
59 minutes ago