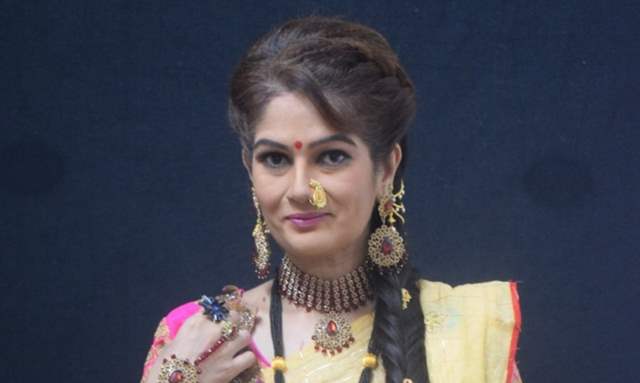 Sony Entertainment Television’s magnum opus, Punyashlok Ahilyabai has captivated the viewers with the journey of the queen who brought peace & prosperity with her wisdom and proved that one becomes great not by gender or birth but by deeds. The show revolves around the noteworthy life of Rani Ahilyabai Holkar, who with the unshakable support of her father-in-law Malhar Rao Holkar, challenged the pre-defined societal norms and made positive contributions for the welfare of the people and proved to be a name that not only went on to create history but also inspired many. Starring Aetashaa Sansgiri, Rajesh Shringarpore and Gaurav Amlani, the show is taking an 8 year leap revisiting another inspiring chapter of Ahilya’s Bai’s life as she embarks on a journey from being a ‘Sanskaar denewali ma se Zindagi denewali matoshree ka Safar.’

Having made a mark in the viewers hearts with her notable work, actor Ressham Tipniis will be taking the baton ahead from Sukhada Khandkekar to essay the role of Dwarka Bai post leap. Being Malhar Rao Holkar’s second wife, Dwarka Bai has always been insecure. While she loves Khanderao, she doesn’t want him to become the king’s successor, therefore she brainwashes him to do the wrong so that eventually her son-in-law Gunoji can become the future king. But, with Ahilya coming in to their lives, Dwarka’s in-security goes to another level and manipulates everybody against her. So much so, that she tricked Khanderao to marry Parvati in order to create misunderstanding between the two. Post the leap, viewers will get to see how Dwarka Bai continues to add more obstacles in Ahilya’s life.

Elated to be a part of the show, Ressham Tipniis shared, "Being a Maharashtrian, I have grown up hearing stories of Ahilya’s noble contribution to the society; and she is truly an inspiration to me. Being a part of an epic drama that has not only won hearts but brings forth the journey of this great warrior queen just brings me immense joy. My character Dwarka Bai is the anti-hero to Ahilya Bai’s brilliance and transformational ideas. She is not a negative character but she has a grey shade to her due to her insecurities. She has a distinctive personality with multiple layers that brings about her own allure and that’s something that grabbed my attention and I wanted to play this character because it’s quite interesting and different. And post the leap viewers will get to see these grey tones getting intense and lead to a lot of twists and turns in the storyline. Really looking forward to the journey.”

+ 10
2 months ago Goodluck to Resham for this role, glad she knows the stories about her character.