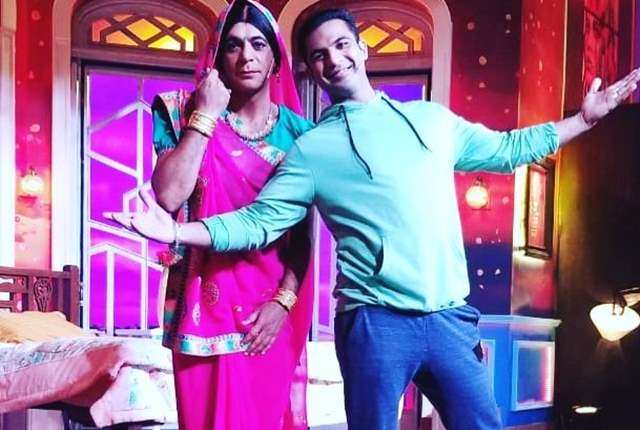 Mohammad Nazim, who rose to fame as Ahem in Star Plus' popular and longest-running show Saath Nibhana Saathiya, will soon be seen in season 2 of the show. But before that Mohammad Nazim will be making an appearance with Sunil Grover on his show.

Star Bharat's Gangs of Filmistan, is a daily comedy show, which features a re-enactment of funny gags from various films and serials. And recently, the audience will witness a gag recreating the ‘laptop washing’ scene from Saath Nibhana Saathiya where Sunil Grover’s act as Topi bahu has made everyone laugh out loud in the show.

And in the upcoming episode, Mohammad Nazim will be seen making a special appearance as Ahem. Sunil Grover plays the role of a don in the show while Sugandha Mishra, Sanket Bhosale, Paritosh Tripathi, Upasana Singh, Jatinder Suri, and Siddharth Sagar are also pivotal.

Are you excited to see what's in store? Drop your comments below.

'Saath Nibhana Saathiya 2' to witness the entry of Krutika Desai